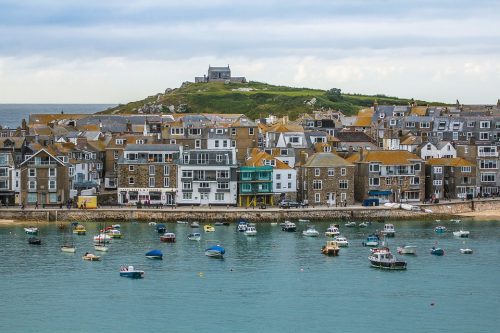 The UK’s best staycation and beauty spots announced
York, Glen Coe, The Jurassic Coast and St Michael’s Mount all rank amongst the nation’s most loved destinations
Scenery and quality photo opportunities increase Brit’s fondness for a location
A new survey into the most beautiful locations across the UK has revealed the South West as the nation’s favourite UK destination. Celebrated for its beautiful beaches, stand out landmarks and historic cities, South Western counties ranked as the top three in the UK, with Cornwall scooping the top spot for the most popular staycation destination the UK has to offer.

The research, which was conducted by photo printing specialist CEWE, found Devon, Dorset, Somerset and Northumberland were also within the top five destinations, with York being voted as the most beautiful city in the UK and Stonehenge topping the charts as the nation’s most loved landmark. Scotland was also celebrated as the most photogenic region across the UK.

The study also revealed a continuing trend into Brit’s opting to holiday at home, rather than travelling abroad, with 83% of Brit’s looking to staycate, with the majority (63%) revealing convenience and cost were key considerations when choosing to take their main summer holiday in the UK. The study also found peace, isolation, exploring somewhere new, and – most importantly – beautiful scenery were also major driving factors for those choosing to ditch the passport and holiday at home.

The top 10 staycation locations were voted as:

“The UK is spoilt for choice when it comes to beauty spots, and this really comes across with our research, from the stunning York bars walls, to the Cornwall coast and further afield, there’s so much choice and beautiful scenery that the UK has to offer. The hard bit now is choosing where to visit first!”

The CEWE research forms part of a free photographic travel guide the company has compiled for those looking to take advantage of the diversity Britain has to offer. Those looking to holiday at home can access a range of travel guides on the CEWE website, complete with best spots to take stunning photos, the most delicious eateries the UK has to offer and hints and tips on what to do and where to stay.

Mercedes-Benz Vans: Electrifying plans for th...
Hymer presents its new products for Caravan Salon 2019 Fishy Fun for all the Family in Dublin