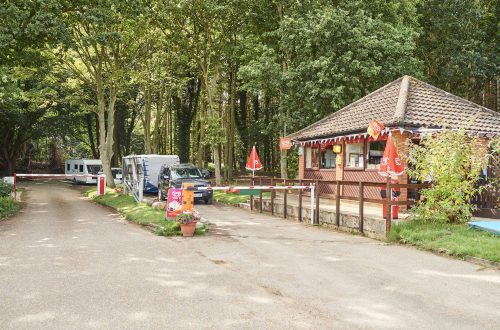 The Camping and Caravanning Club will invest £7.5 million into its network of 106 UK Club Sites in the coming months, with large-scale capital works taking place at seven sites, including Wyeside near Rhyader in the Cambrian mountains of mid-Wales and West Runton on the north Norfolk coast.

Money has been spent as part of the Club site investment programme which improves facilities for the future enjoyment of campers; both members of the Club and non-members.

Proceeds raised by the Club through camping on Club Sites over the course of the year are invested into the site network annually as part of the programme.

Bob Hill, Sites Director, said: “With a growth in membership the Club’s work to improve our UK Club Sites is of key importance.

“We now have more campers wanting to camp with us than at any other time in our history, and by investing so much in our facilities we’re helping to provide the best and most memorable holiday experiences we can.”

Small-scale works are taking place at many Club Sites; however larger works will be completed at seven sites:

The refurbishment of two facilities blocks, a motorhome service point, service area and widening of some site roads at Clitheroe Club Site, Lancashire
Improvements to reception building plus facilities block, service areas and motorhome service point at Kessingland, Suffolk
Upgrades to two facility blocks and resurfacing of some site roads plus new hardstandings and service areas will be added at St. Neots in Cambridgeshire
Full refurbishment of two facility blocks at West Runton, Norfolk
Site electric upgrade plus a new motorhome service point, improved facilities block and new site roads at Woodhall Spa, Lincolnshire
30 new hardstanding pitches as part of redevelopment of touring field plus refurbishment of facility block and site reception at Wyeside near Rhyader, mid-Wales
Bob added: “The site investment programme has been running in its current form since 2010 and in the last five years alone we’ve increased the number of hardstandings on our Club Sites by 7%, helping more members to enjoy camping year-round – plenty to keep us busy.”