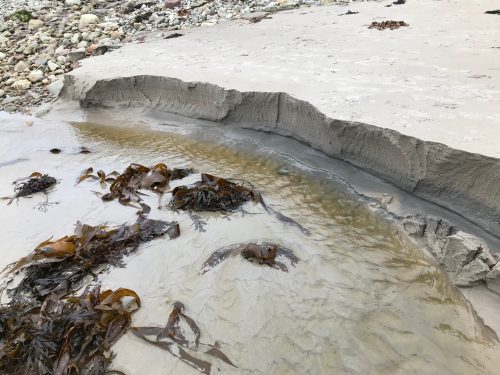 Clean Coasts celebrated groups and individuals from all over Ireland who made a difference for our marine environment this year, with an in-person awards ceremony and Ocean Talks

Clean Coasts hosted the Ocean Hero Awards Ceremony and Ocean Talks at Number 6 Kildare Street, in Dublin, to celebrate and thank the groups, individuals, communities, and businesses who, throughout the year, have done outstanding work to protect their local coastline and environment.

Each year, the Ocean Hero Awards honour the invaluable contribution Clean Coasts volunteers, groups and communities have made towards conserving our spectacular coastline. The awards, originally called the ‘Clean Coasts Merit Awards’, were conceived in 2006, consisting then of only one category, ‘The Clean Coasts Group of the Year’.

This year, Clean Coasts has chosen 7 dedicated categories with a total of 28 groups, organisations and individuals shortlisted for the title of Ocean Hero within each category.  During the ceremony, the work and achievements of all 28 groups have been showcased and celebrated, and winners for each category have been announced:

Group of the Year Award: Keep Our Beaches Clean in Co. Mayo

Campaigner of the Year Award: Sean Ferguson in Co. Wexford

The full list of nominees is available in the editor’s notes.

In addition to raising awareness about issues related to marine litter and relevant solution, this year the Clean Coasts programme put a particular focus on biodiversity, and this was reflected in the Ocean Talks, which were held on the same day as the Ocean Hero ceremony, giving attendees the opportunity to learn more about this topic.

Malcolm Noonan, Minister of State, was the keynote speaker of the event. He said: “The Clean Coasts brand is intrinsically associated with environmental excellence and it is widely acknowledged that its community engagement initiatives and environmental campaigns are making a tangible difference to our coastal environment.   The Ocean Hero Awards recognise the effort, dedication and commitment of individuals, volunteers, groups and the wider community to safeguard the future of our oceans.  I am struck and heartened by the wide variety of entries and the amazing work that is going on around the length and breadth of the country.  My Department will continue to support the Clean Coast range of programmes into 2023. We consider these to be important national anti- marine litter and citizen activation measures which we will continue showcase internationally as examples of best practice.”

Sinead McCoy, Clean Coasts Manager said: “For the past 15 years, the Clean Coasts programme’s Ocean Hero Awards have been celebrating the incredible efforts of Clean Coasts volunteers around the Irish Coastline. We have nothing but awe and respect for the amazing groups and individuals highlighted in our shortlist for this year’s Ocean Hero Awards. We were delighted to have received so many inspirational nominations that show not only the true dedication of these coastal custodians, but also that their efforts don’t go unnoticed by the community”

2.    Individual of the Year Award

5.    Campaigner of the Year Award