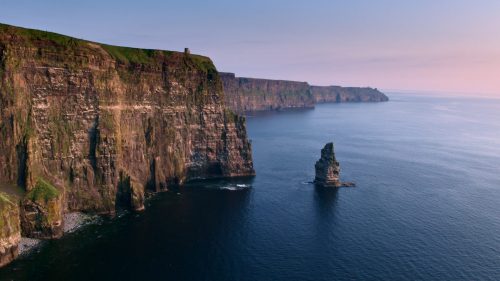 The language learning platform Preply has used Google search data to reveal a list of the most mispronounced places on the planet and how you pronounce them.

Some places are super simple to get right, but good luck with even some of the most famous cities and landmarks. Unfortunately, how to pronounce your favourite holiday hotspots is much more complicated than it should be.

It’s a common problem and one that’s pretty prevalent when it comes to many of the Irish place names you’ll come across.

The Cliffs of Moher have just been named on a map of place names that people always pronounce wrong, alongside Montreal, Phuket, and Dubai.

The list of the top places features the most challenging places to pronounce, analyzing a list of 68 places.

Let’s see if you’re pronouncing some of these places correctly:

It’s natural to look at the name “Thames” and assume that the “th” is pronounced just as in many other English words: thick, theatre, three. However, when referring to the River Thames in England, the “th” is articulated as a “t” and the “ames” shifts to “emz”: “TEMZ.”

The two most common and accepted pronunciations of Scotland’s capital city are the short ‘ED-in-bruh’ and the longer ‘ED-in-bur-uh’.

Scots warn that they speak fast and tend to swallow unnecessary vowels, so make sure you start strong with ‘ED-in’ and then quickly and softly end with ‘bruh’ or ‘bur-uh’. Keep at it, and you’ll be singing ‘Flower of Scotland’ with your Scottish pals in no time!

Incorrect: CON or CONZ or CON-es

The first mistake is enunciating the “s” at the end of the word (which is rarely done in French), so start by dropping the “es” altogether. Next, make sure to never pronounce the remaining word as “con” (e.g., “He is a con artist”). Instead, Cannes should sound like “Kan.”

Some travellers go with “LOO-vray” whereas others try “LOO-ver.” Many skip the ending altogether and say “LOOV.” However, the best way to approximate the French pronunciation in English is to say “LOO-vruh.” So now you’re ready to check out the Mona Lisa!

Much like the pronunciation of Cannes, French speakers take an ax to the “es” in Versailles. But they don’t stop there—the double “L”s at the end aren’t pronounced either. After that, there are only two syllables left in the word: “ver” is articulated as “vair”, and “sai” sounds like “sigh.” This leaves you with “vair-SIGH.” On the other hand, if you ever end up in Versailles, Kentucky, stick with “ver-SALES.”

The name of this African archipelago may look like a difficult word to pronounce due to its unique spelling, but it’s surprisingly easy to do: “SAY-shellz.” All it takes is stringing together two common English words, and voila!

To pronounce this name like a Spaniard, go with “ee-BEE-tha.” If you’re wondering why the “za” turns into “tha,” it’s because Spain’s Spanish dialect requires that “Z”s are pronounced as “th,” whereas Latin American Spanish speakers express “Z”s as “s” (i.e., ee-BEE-sa).

To some people’s dismay, the actual pronunciation of Phuket is “poo-KET,” starting with a hard “P” and putting stress on the second syllable. Nevertheless, this name might still earn some giggles from school kids and mischievous adults.

The classic Arabic version of Dubai replaces the “bye” sound with “bay”: “doo-BAY.” Then again, roughly 85% of Dubai’s population comprises expatriates and immigrants, so the anglicized pronunciation of Dubai (“doo-BYE”) is the most common.

Emphasis is added to dominant syllables.

The Ocean Race & TIME in a race to give the o...
CARAVAN SALON 2022: the choice of recreational vehicles is bigger than ever Looking for secure storage facility for your Campervan, Motorhome, Classic or Vintage Car or Leisure Craft?