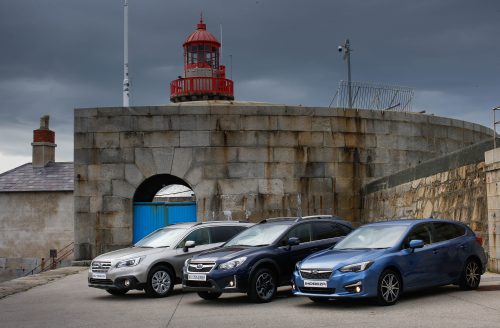 Dún Laoghaire hosts 2019 Subaru Flying Fifteen World Championships at the National Yacht Club
Sailing regatta is taking place from 2nd to 13th September in Dún Laoghaire and Dublin Bay
World Championship event expected to draw a crowd of over 15,000 visitors to Dún Laoghaire
Local Businesses set to benefit from €1.5million in tourism windfall for the town

The National Yacht Club will host the 2019 Subaru Flying Fifteen World Sailing Championships in Dún Laoghaire from 2nd to 13th September. A Flying Fifteen (or F15) is a two-person sailing dinghy or keelboat, designed for racing. The 2019 Subaru Flying Fifteen World Championships is the only keelboat sailing world championships to be held in Ireland this year and will see crowds of over 15,000 people flock to Dún Laoghaire and Dublin Bay. The National Yacht Club hosted this competition twice before in 1992 and 2003 and this year’s event is set to benefit the local economy with a €1.5million tourism windfall for the town on hotels, food and entertainment.

The 2019 Subaru Flying Fifteen World Championships will see 85 boats and 170 competitors from over 10 countries taking part. Off the water, Dún Laoghaire itself will be a hub of social activity with race goers and tourists visiting from near and far during the regatta. For those looking to get in on the action, spectators will be able to soak up the atmosphere and watch the racing from the East Pier at Dún Laoghaire. Despite being a world championship event, there is heavy local influence with many local businesses and residents providing assistance and support. In addition to the large number of local competitors, two local businesses, SNOW, a design and laser-cutting company, and AK Designs, who re-cycle and convert old sails, have specially designed prizes for the competition.

Niall Meagher, Event Chairman, 2019 Flying Fifteen World Championships commented ‘This event has been in the planning for the past four years so we are looking forward with anticipation to welcoming competitors from the four corners of the globe including Hong Kong, Australia, New Zealand, South Africa, Canada as well as our European neighbors of Great Britain, France, and Spain who will all compete for the title of World Champion. The event will be aided on the water by a host of support craft lead by the Olympic Race Officer and President of Irish Sailing Jack Roy and not to mention the considerable additional volunteer commitment by members of the National Yacht Club. All that remains is for the weather to do its bit with lots of wind, a bit of sunshine and we don’t mind the rain! ‘

Pat Ryan, Managing Director, Subaru Ireland commented ‘Just like 2003, we are extremely proud to once again be title sponsor of this spectacular sailing event as well as being the official vehicle partner of the Subaru Flying Fifteen World Championships 2019. It promises to be one of the most exciting sailing events held in Ireland this year and we extend a very warm Céad Míle Fáilte to all competitors and supporters travelling from near and far.’ Commenting on sailing as an environmentally friendly sport, Ryan continued “This is also an exciting time for Subaru with the arrival of our Forester and XV Crossover e-BOXER hybrid models later this year. Sailing is an environmentally friendly sport and with our new range of e-BOXER hybrid models Subaru will be playing their part in promoting a sustainable future also. Our range of versatile, safe and capable AWD vehicles are perfect for towing and as a result we feel our association with the sailing community, and the Subaru Flying Fifteen World Championships, is a perfect match for our brand’.