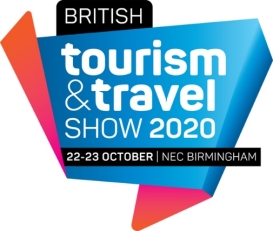 This year’s British Tourism & Travel Show (BTTS) will now run on 22-23 October, as its venue, the NEC Birmingham, is being used as a temporary NHS ‘Nightingale’ hospital for patients with Coronavirus.

The event had previously been pushed back from its annual March dates to June, as the epidemic escalated. Its new October dates have been widely supported, while the popular British Coach Tourism Awards will now take place on the evening of 22 October at the National Motorcycle Museum.

David Maguire, group event director at organiser Diversified Communications UK, says: “Like all businesses, we’ve been closely following the rapidly changing developments during these unprecedented and difficult times. With the NEC taking on an important role to help support the NHS during this national emergency, we had no other option but to delay the show until later this year.

“We appreciate how hugely important BTTS is to the thousands of businesses that regularly visit and exhibit – including leading tour and travel organisers, GTOs, coach operators, hotels, visitor attractions, DMOs and popular destinations across the UK and Ireland. These businesses – many of which are now closed due to the Covid-19 restrictions – have been hugely affected. Which is why running the show this year, rather than next, is so vital.

“I know that we’ll all continue to support each other through this over the coming months. The BTTS team would like to thank everyone – our exhibitors, visitors, speakers and partners – for their continued support and patience, and we look forward to seeing you all at the show on 22-23 October.”

Mercedes-Benz Vans at the Caravan Salon Düss...
Park Sales by Savilles in Yorkshire & Worcestershire, GB RNLI & Irish Coast Guard urges people not to use the sea for exercise or recreation