TG4 presents The Burren explored through the four seasons 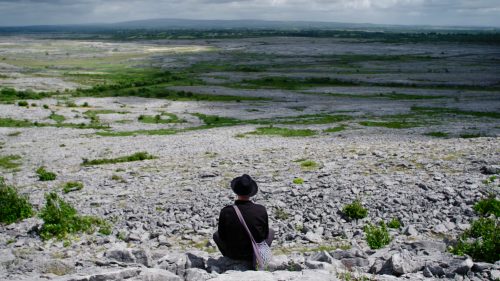 This is a four-part series showcasing a year on the Burren. A visually stunning journey through the seasons in this extraordinary place in the company of the people who have protected and cherished their heritage for over 6,000 years ensuring that its uniqueness survives and thrives. Recognised throughout the world for its austere beauty, the Burren is a living landscape like no other and the series is a creative exploration of the life of this singular place, its people and how each season brings new surprises that delight and amaze all who encounter them.
Moving through the landscape in Spring, Summer, Autumn and Winter, each episode will capture what makes it distinctive, in a series full of visual wonder, revelling in the sights and sounds that embody the spirit, nature and inhabitants of this special place. Featuring a powerful and poetic script and wonderful music, the series is narrated by Diarmuid de Faoite, bringing to life the nature and spirit of the Burren.
Stretching from Crusheen in the east to Doolin and the Cliffs of Moher in the west, the Burren is as much a state of mind as it is a geographical place. This “fertile rock” has captured the imagination of people from all around the world for centuries. They are drawn to its otherworldly vistas of limestone grikes and klints and the unexpected delights of Alpine and Mediterranean plants and flowers growing side by side, studded throughout a landscape that is teeming with antiquity.
Throughout the series we explore this unique landscape with its custodians, the local community and those visitors who came for a while and ended up living here, somehow drawn by its indefinable magic. People like Inagh woman Sinéad Ní Gharbhaith who runs The Cheese Press In Ennistymon and her twin sister Roisín who works as a greens school officer, botanist and instrument maker Eugene Lambe who came from Dublin many years ago and now lives just outside Kinvara making uilleann pipes and flutes, farmers Annie Nolan and Pat Nagle and fisherman Rainer Krause who arrived from Germany over fifty years ago and made his life here. We spend time with teacher Pádraig Ó Máirtín and his American wife Nóra, an artist, who are raising their four children on the edge of the Burren.
They bring us on a journey through the seasons and their lives over a period of one year, as Spring moves into Summer and then on through Autumn and Winter and back to Spring again. The circle of life unfolds.
Made by Phoenix Films
Produced and Directed by Martina Durac
Director of Photography: Paddy Jordan
Editor: Genevieve Murphy
Music: Various and some original music composed and performed By Eoin O’Neill, Jon O’Connell, Adam Shapiro and Dermot Byrne.