Touring USA – Top 6 Things to See in the Great Lakes 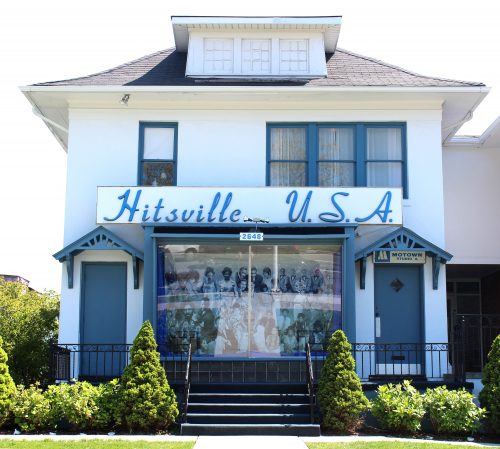 With a region the size of continental Europe, and comprising six states in the Midwest USA, there is always something new happening in the Great Lakes USA region. In 2019, there will be music celebrations for legendary musicians, the launch of the fastest roller coaster in North America and a chance to see the Tall Ships, amongst other things.

There will be dancing in the streets in 2019 as Detroit celebrates the 60th anniversary of Motown Records, founded by Berry Gordy and home to music legends such as Diana Ross and the Supremes, Stevie Wonder, Marvin Gaye and The Jacksons.

Celebrations will consist of a series of high-profile events led by Hittsville, the Motown Museum, including a new exhibit, a spring block party on May 19th in the grounds of the museum with live music, food trucks and free museum tours.

The museum has also launched “Archive Dives,” a Facebook video series that will periodically reveal little-seen artefacts from the collection.

The keystone event will be Motown 60 Weekend, a three-day affair in September that will include Motown icons and the next generation of artists, participating in a black-tie concert dinner, a gospel show and a celebrity golf event. www.michigan.org

Home to the legendary singer Prince, the annual four-day celebration to honour his unique life and legacy takes place April 25-28 , 2019 at his historic home and recording sanctuary, Paisley Park in Chanhassen, Minnesota. The event will welcome fans from around the world into an inspired environment of live music, concert screenings, panel discussions and special presentations highlighting Prince’s tremendous talent, influence and importance as a composer, musician, producer, live performer and filmmaker.

Musical guests set to perform at Paisley Park during CELEBRATION 2019 include internationally acclaimed musician, guitarist and original member of The Time, Jesse Johnson; Prince’s iconic group The Revolution, featuring Bobby Z, Lisa Coleman, Wendy Melvoin and Matt Fink; and Funk Soldiers, a fifteen-piece supergroup of New Power Generation and Paisley Park musical alumni. As an extension of CELEBRATION 2019, Paisley Park will again be presenting an exclusive offsite concert event titled PRINCE: In Concert on the Big Screen, to be held Friday April 26 at 8pm at The Armory in Minneapolis.

Illinois is home to one of the largest theme parks in the USA, Six Flags Great America in Gurnee. In Summer 2019, the park will unveil the fastest launch roller coaster in North America. Maxx Force will reach speeds of 78 miles per hour in under two seconds. This incredible record-breaker features the fastest inversion and tallest double inversion of any other coaster in the world.

The Tall Ships travel through the Great Lakes every three years. Brigantines, schooners and other tall ships will make their way to Wisconsin in late July and early August 2019.

One of only 11 ports in North America and one of 7 in the USA, the Port of Green Bay will be home to nine majestic vessels July 25-28, offering a wide variety of entertainment and experiences.

Touring ships allow event-goers to learn about each ship’s rich history and to meet the crew. Sailing ships offer even more of an experience as they hoist their anchor and sail down the river and into the mouth of the bay. Daily programming includes a full day of entertainment that is sure to make lasting memories. Visit the Tall Ships in Green Bay from July 25-29, Sturgeon Bay on July 30, and Kenosha from August 1-4. https://tallshipswisconsin.com/event-description/

Ohio has launched the Ohio Presidential Trail on Trails.Ohio.org. The 13-stop trail invites travellers to find history in Ohio by highlighting homes, libraries, museums and monuments that tell the life stories of eight U.S. presidents elected from Ohio.

Stops on the Ohio Presidential Trail include:

The newly opened Fairfield Inn and Suites by Marriott at Fair Oaks Farms now gives visitors the option to overnight at one of Indiana’s biggest agritourism destinations in this one-of-a-kind hotel. The exterior design of the hotel is that of an 80-foot tall contemporary barn, an adjoining single story stone “milking parlour” inhabited by the Pool Party & Fitness amenities and two large silos filled with eight unique guest suites; all topped with three handcrafted weathervanes.

The hotel’s custom designed public spaces and bedrooms are filled with agri Culture, commissioned art from three nationally acclaimed artists. Fair Oaks Farms (www.fofarms.com) is an escape to the country for food and fun, and enrichment and entertainment; it is the leading agritourism destination in the USA. It was started by local farmers who are dedicated to feeding a hungry planet through environmentally responsible and transparent agriculture. The Fair Oaks Farms experience engages guests in innovation and best practices that sustain the land, animals and people.