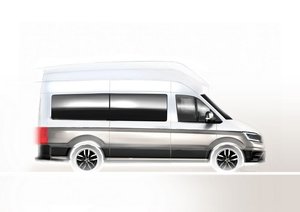 New Crafter-class camper with high roof, sleeping area in the back and bathroom

Volkswagen Commercial Vehicles has taken the 2017 California XXL concept vehicle and developed it into a camper van ready for full production. The company is presenting the new Crafter-based camper for the first time at the 2018 Caravan Salon in Düsseldorf (24 August to 2 September).
The production version of the new camper van follows the clear, fresh design of the California XXL concept vehicle. The design also creates a link to the iconic T6-based California camper van and will likewise be available with single or twotone paintwork.

Characteristic features of the interior detail include bright colours and practical solutions. The bathroom, inclusive of shower and WC, kitchen units and sleeping area integrated in the back have been systematically thought through and tailored to life on the move.

Volkswagen Commercial Vehicles has now utilised its values to also develop a new production vehicle based on the Bulli’s big brother. 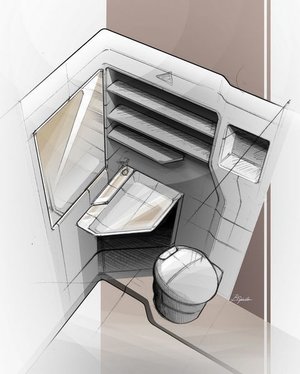 The Ocean Race - Team Holcim-PRB lead into Ca...
How Fiat Professional has made the Ducato the overwhelming choice for motorhome users Five drown per fortnight - Know the drowning risks to avoid summer tragedy