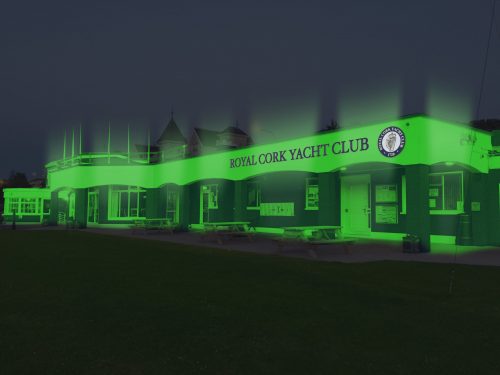 Every St Patrick’s Day, famous landmarks around the world turn green in celebration of the Irish national holiday, from Rome to Rio and London to Las Vegas.

This year, the Royal Cork Yacht Club (on the south coast of Ireland), the oldest yacht club in the world, is inviting all sailing clubs in Ireland and around the world to ‘Go Green’ on March 17th to help mark their historic 300 year anniversary!

To take part, simply shine a green light on your building or dress in green on the day and share your photos with the Royal Cork Yacht Club via email on gogreen@cork300.com.

Founded in 1720, by a group of 25 pioneering individuals, the tricentenary celebrations will take a look back at the origins of ‘where it all began’, with a series of events which are attracting significant international interest from around  the globe.

Sailing communities throughout Europe and as far as Australia, Hong Kong and San Francisco are registering to attend the Cork300 celebrations – which will take place primarily during the months of July and August 2020 – to participate in the exciting variety of competitive and non-competitive nautical and on shore events scheduled, many of which are also open to the general public.

As part of the celebrations, communities across Cork harbour will host a vast array of sailing, racing, food, and entertainment events, along with a number of talks, ensuring Cork will be the only place to be in Summer 2020.

Highlights over the summer include an eye-catching Classic Yacht Regatta; the historic Kingstown/Queenstown  race from Dun Laoghaire to Cobh; the world-famous biennial Volvo Cork Week Regatta, an International Powerboat Championship Festival which will take place in Ireland for the first time; a Wild Atlantic Way sailing ‘cruise in company’ for visiting yacht clubs; the Royal Cork Fleet Review which will be a fantastic parade of sailing craft in Cobh and a Gathering of Naval Ships in Cork City.  The prestigious Morgan Cup, awarded by the Royal Ocean Racing Club (RORC) will also come to Ireland for the first time as part of Cork300.