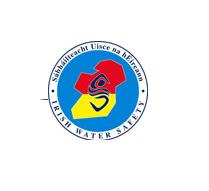 Mr Alan Kelly, Minister for Environment, Community & Local Government presented the “SEIKO Just in Time Rescue Award” to rescuers in appreciation for saving so many lives.

“Tragically an average of 135 drownings occur in Ireland every year,” commented Minister Kelly, “and although that’s 135 too many, the figure would be even higher but for the dramatic efforts of these individuals who saved others from drowning and the ongoing work of volunteers teaching swimming and rescue skills.”

In 2013, the 91 drownings in Ireland were the lowest since 1936, reason enough to highlight the work of Irish Water Safety Volunteers and their partners in the public and private sector in educating more people on how best enjoy our wonderful aquatic facilities more safely. Complacency around aquatic environments is simply not an option”, he added.

“I appeal to all adults to make themselves more aware of the dangers in, on and around water”, continued Minister Kelly. “It only takes seconds for tragedy to strike and this can so easily be avoided if people take responsibility for their own safety by learning about the hazards. I ask that people encourage friends and family to read Irish Water Safety’s guidelines at www.iws.ie so that they don’t become a drowning statistic.”

“Drownings often happen quickly and silently with 80% of drownings occurring close to the victim’s home. The range of aquatic activities is extremely varied yet what is tragically constant each year is the gender most at risk – males – tragically reflected in the fact that of the 91 drownings last year, 75% were male (69). 53% of drownings were aged 30-59 clearly demonstrating that regardless of age, one is never too old to learn how to stay safe around water.”

Long-Service Awards were presented, recognising 2,220 years of personal service of 135 Irish Water Safety volunteers from around the country for teaching swimming, rescue and water survival skills.