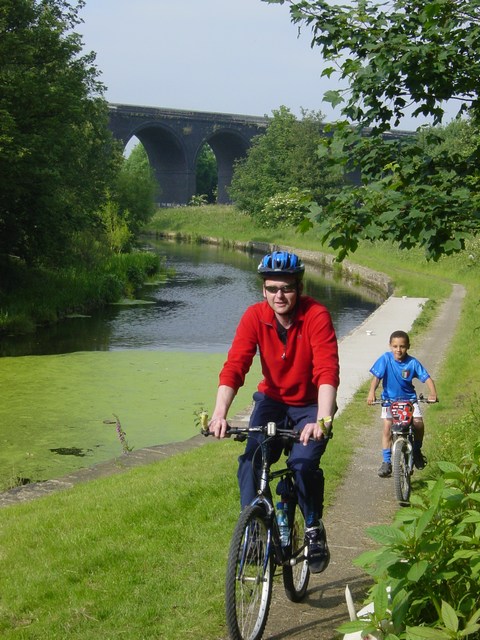 The latest section of a proposed coast-to-coast Greenway running from Dublin to Galway was formally opened this morning at the Twelfth Lock in Castleknock by Minister for Transport, Tourism & Sport Leo Varadkar.

The €2 million Ashtown to Castleknock stretch is a 2.5km Greenway along the Royal Canal and a valuable local amenity for walkers, cyclists and other local residents in west Dublin. But it will also form part of the first national Greenway running right across the country, from the Docklands in Dublin city to the Atlantic coast in Galway.

Minister Varadkar also announced details of the preferred route for the western section of the Greenway between Athlone and Galway. The preferred route corridor runs through Shannonbridge, Loughrea, Craughwell, Clarinbridge and Oranmore to the Galway coast.

“It’s great to see the Galway to Dublin Greenway taking shape. Two years ago we only had a simple idea to run a Greenway along the Royal Canal. Now three sections are open to the public and being used actively by walkers, cyclists and for other leisure pursuits. Today I’m delighted to formally open this new section between Ashtown to Castleknock,” Minister Varadkar said.

“I’m also pleased to confirm the preferred route for the section running between Athlone and the Galway coast. Instead of trying to build the entire route in one go, at a time when resources are very limited, I have taken an incremental approach by developing each section as funding becomes available. Although we still have a huge task in finishing the rest of the project, I’m really looking forward to walking, cycling or running along the entire route between Dublin and Galway when it’s finally completed.”

Minister Varadkar first announced plans for the Galway to Dublin project in 2012, and a formal route has been mapped out between Dublin Docklands and Athlone. Work to date includes:

a section in Dublin from Guild Street to Sherriff Street has opened;
a second 25km section in Westmeath, from Grange South in Mullingar to the Meath border has opened;
And the Ashtown to Castleknock section was opened today.

The 40km section between Mullingar and Athlone will be completed next year, after €4 million was allocated by Minister of State for Transport Alan Kelly. Two further sections totalling 40km in Kildare and Meath are at shovel ready stage, and work will start as soon as funding becomes available.

The Galway to Dublin Greenway comprises the following sections: