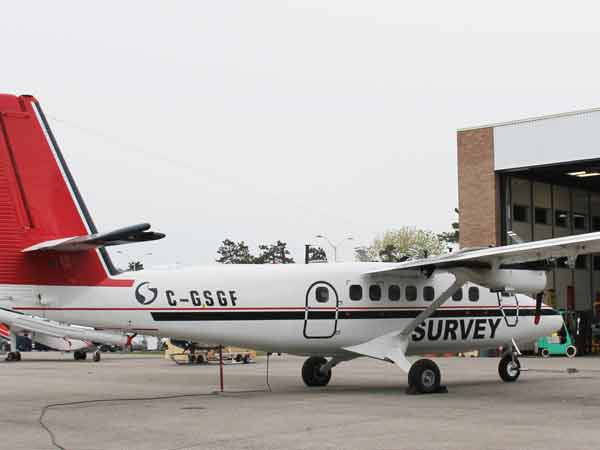 The long buried geological history of Roscommon, Longford and Westmeath has been ‘unearthed’ in new detail as the results of the recent phase of the Geological Survey’s Tellus Programme are unveiled.

Ray Scanlon, Principal Geologist at the Geological Survey of Ireland, anticipates that the freely available data will be put to a wide range of practical uses: “Tellus continues to reveal extraordinary new detail in Ireland’s geological landscape buried beneath our feet, building upon existing data gaps and developing natural resource opportunities. The coupling of airborne geophysics and ground-based geochemistry provides a richness of data which places Ireland on a level with other global leaders for the quality, breadth and availability of geoscience information. An understanding of Ireland’s geology is vital for environmental, health and economic reasons, and the data will be welcomed by a broad range of stakeholders for agricultural, radon prevention, groundwater protection and mineral exploration purposes.”

The fourth phase of Tellus is currently underway across eastern Ireland where the airborne survey over Offaly, Kildare, Meath, rural Dublin and northern parts of Wicklow and Laois is almost 60% complete. Attention is currently focused on rural County Dublin.

In parallel with the airborne activity, a geochemical team will soon start ground-based survey work in Co. Mayo, where agricultural scientists will work throughout the winter months, gathering soil samples over every 4 km2.

While weather dependent, good progress has been made to date and the Tellus team aims to survey 50% of the country by the end of 2017 on a phased basis. The ultimate goal is to complete the geological ‘jigsaw’ of Ireland which will support better environmental decision making, radon mapping, smart agriculture and increased investment in mineral exploration.

The survey maps show prominent bands of highly magnetic volcanic rocks several kilometres deep near Strokestown Co. Roscommon, which are associated with a major geological fault that can be traced through Ireland to Scotland. These structures are known to be important in the development of mineral deposits and their location will be of considerable interest to exploration companies.

The maps also reveal new detail of 330 million-year-old volcanoes on the Westmeath/Offaly border south of Mullingar which appear in the new airborne geophysical data as a cluster of small magnetic bodies. The findings from the north midlands are significant as they contribute another piece to the jigsaw of Ireland’s first seamless cross-border geoenvironmental mapping project which began in 2007.

Airborne geophysical data for the border and north midlands regions are now available, free of charge to view and download, at www.tellus.ie.