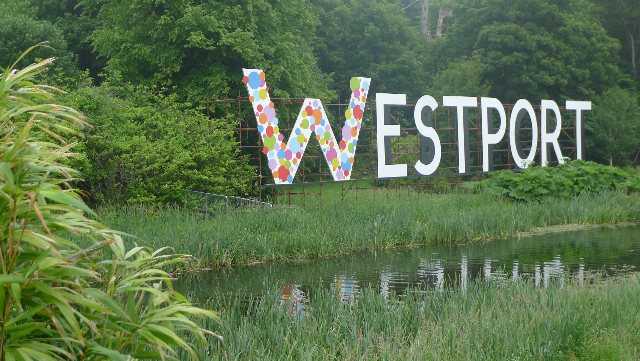 Westport Festival of Music & Food is pleased to confirm that Shane Filan and Paddy Casey will be performing at the two day family friendly boutique festival which takes place in the picturesque grounds of Westport House on Saturday, 28th & Sunday, 29th June.

Following his sold-out shows in Dublin and Belfast, Shane Filan will perform his first solo gig in the West of Ireland at the Westport Festival on Saturday, 28th June.   Shane released his debut solo album ‘You & Me’ through Capitol Records in November last year featuring the hit singles ‘Everything To Me’, ‘About You’ and the latest release ‘Knee Deep In My Heart’.    Shane & his band are sure to be a big hit at Westport as they will perform songs from Shane’s new album as well as a string of Westlife favourites.

Paddy Casey has been at the forefront of the Irish music scene since releasing his debut album Amen (So Be It) in 1999, while his second release Living became the biggest seller in Ireland out-selling U2.   As one of Ireland’s most popular artists Paddy has had the pleasure of sharing the stage with U2 on their Vertigo Tour, while also selling a week long sold out residencies in Dublin’s prestigious Olympia Theatre and RDS. He has also featured heavily on the international stage having been invited onto and performed on the Hit American CBS Chat Show ” The Late Show” with David Letterman.   After a five year hiatus, Paddy Casey returned with his fourth album The Secret Life Of on 9 November 2012. It was recorded, produced and mixed at home in Paddy’s kitchen by Paddy and Pat Donne.

THE ROISIN DUBH STAGE
The hugely popular ‘Róisín Dubh’ Stage is back again this year with a supreme selection of incredibly talented up and coming Irish acts including Little Green Cars, The Cast of Cheers, Lisa O’Neill, Daithi, We Cut Corners, Enemies, Windings, Tvvins, Elaine Mai, Dott, Boyfights, The Depravations, Rudy Trixx, It Was All A Bit Black & White, My Fellow Sponges, Zero Era and Tracy Bruen.