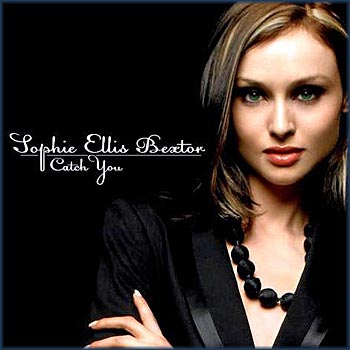 Singer, songwriter, model and star of Strictly Come Dancing Sophie Ellis-Bextor  has announced she will be performing at the Westport Festival of Music of Food which takes place in Westport House on 28 & 29 June.    Sophie who achieved widespread success in the early 2000s will take to the stage at the boutique festival in the centre of Westport town on Sunday, 29 June, alongside Bryan Adams, Kool & The Gang, Sinead O’Connor, The Divine Comedy and David Gray.

Ellis-Bextor has released five solo albums: Read My Lips, Shoot from the Hip, Trip the Light Fantastic, Make a Scene and has had career high-points with songs like Groovejet (If This Ain’t Love), Murder On The Dancefloor, Take Me Home and Catch You.  Sophie’s most recent album, Wanderlust which was released on 20 January 2014 reached no 4 in its first week in the UK charts.

The Westport Festival of Music & Food promises a fantastic fun filled music and food extravaganza with over 70 artists and comedians performing across five stages, an amazing food village and quality onsite camping in a truly relaxed and welcoming atmosphere.

THE ROISIN DUBH STAGE
The hugely popular ‘Róisín Dubh’ Stage is back again this year with a supreme selection of incredibly talented up and coming Irish acts including The Cast of Cheers, Lisa O’Neill, Daithi, We Cut Corners, Enemies, Windings, Tvvins, Elaine Mai, Dott, Boyfights, The Depravations, Rudy Trixx, It Was All A Bit Black & White, My Fellow Sponges, Zero Era and Tracy Bruen.

FOOD VILLAGE
The Food & Wine Magazine Village which was one of the highlights of last year’s festival is returning to Westport House in 2014.  Hosted by Norah Casey, it will bring together some of Ireland’s finest celebrity and Michelin Star chefs and restaurateurs for a series of culinary demonstrations.  More details about the Food Village and chefs will be announced in the coming weeks.