The Blue way – the New Way to Discover Our Coastline 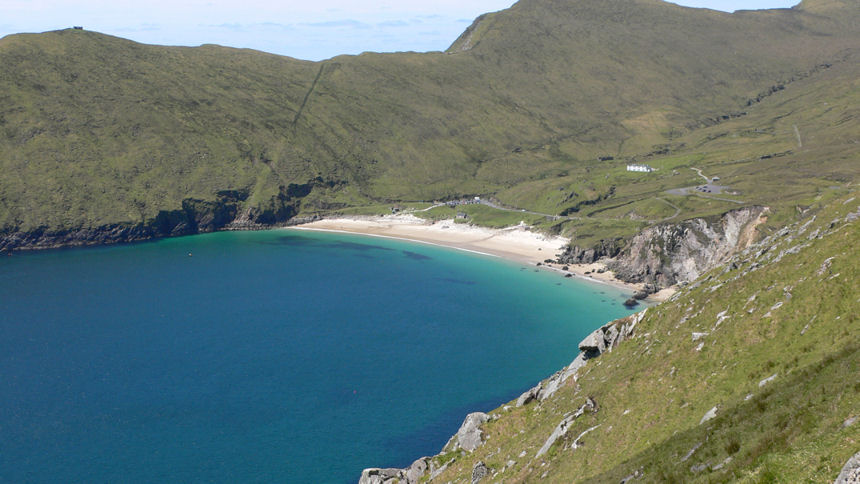 The Blueway, a new initiative to complement the Wild Atlantic Way and to encourage visitors to discover our coastline, has been launched by Minister of State for Tourism & Sport, Michael Ring.  The Blueway is a pilot programme to encourage visitors to engage with the sea by developing trails for water activities such as snorkeling and kayaking and highlighting local activity providers and events at the five Blueway locations in counties Mayo and Galway.

Speaking at the launch, Minister Michael Ring said – “Blueways offer an entirely new perspective on Ireland’s magnificent wild Atlantic coastline.  The Blueway initiative provides visitors with a safe haven to immerse themselves in some of the most glorious coastal waters anywhere in the world.”

The five coastal Blueway sites are in Counties Galway and Mayo – Boffin Harbour on Inishbofin, Killary Fjord in Leenane,  Keem on Achill Island, and Mannin Bay and Old Head  (Louisburgh) in Mayo.

Recent research indicated that over 84,000 overseas visitors engage in water-sports every year when on holiday in Ireland with the vast majority of those taking part in kayaking and snorkeling. The Blueway project supports the development of kayaking and snorkeling water trails in the pilot locations to support communities to develop new experiences for visitors along the Wild Atlantic Way.

Fiona Monaghan, Head of the Wild Atlantic Way Programme with Failte Ireland, said – “We are delighted to support this initiative, which sees the timely development of an excellent Wild Atlantic Way water sports experience, and provides the visitor the opportunity to engage with the sea.  We have seen first-hand the success of the Greenway in Mayo which boosted local tourism with over 200,000 visitors last year. As a maritime variant of that initiative,  we hope the Blueway can enjoy the same level of interest from visitors both at home and abroad.”

Fáilte Ireland established a group, chaired by Dr Richard Thorn Chairman of the Irish Underwater Council, to progress the pilot programme which included representatives from  Canoeing Ireland, the Rural Development Programmes of South Mayo, the Leader companies, Comhdhail na Oilean, Forum Connemara as well as  Galway and Mayo County Councils and representation from the Leave no Trace initiative.

Over the summer months a series of “Blueway Days” will be taking place at the pilot locations to encourage visitors to engage with the sea (see dates below).

In addition to support from Failte Ireland, the project is supported by the Leader programme.