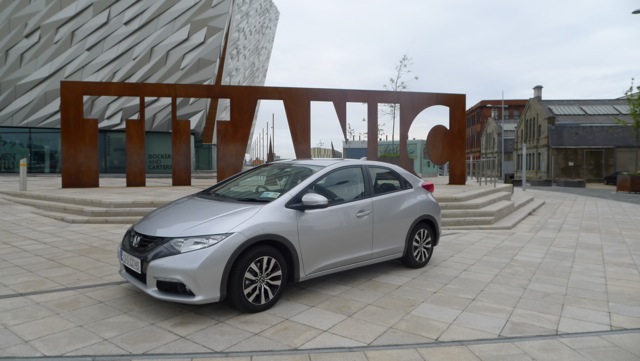 Titanic Belfast will be closed to the public on June 9, 2014 due to a major film production taking place at the world’s largest Titanic visitor attraction.

Titanic Belfast CEO, Tim Husbands MBE, said: “It has been Titanic Belfast’s policy that it should remain open all year round, aside from three Christmas holiday dates.

“However, this is an exciting and unique opportunity to showcase the visitor attraction, Belfast and Northern Ireland, and is supportive of the vibrant film industry in the country, which includes the Titanic Studios in the Titanic Quarter where the popular HBO show Game of Thrones is filmed.”

Aidan Elliott said: “Titanic Belfast is an amazing location and building and it’s exciting that it will play a role in our project. The visitor attraction and its operations team and staff have been most accommodating, and are a credit to the city.”

The production has received funding from Northern Ireland Screen.

All advanced individual and group bookings, and tour operators, have received advanced notification of the June 9 closure.

People wishing to visit the Titanic Quarter on June 9 are encouraged to do so as the location’s other attractions, the SS Nomadic, Titanic’s Dry Dock and Pump-house and the historic Harland & Wolff Drawing Offices will be open.  In addition, Titanic Belfast’s visitor experience staff will be available to speak to members of the public about Titanic Quarter’s attractions.

Visitors should note that entrance and exit roads to Titanic Belfast may also be subject to closure during June 9.

Visitors seeking further information are invited to log-on to www.titanicbelfast.com or call 048 90 766 399.