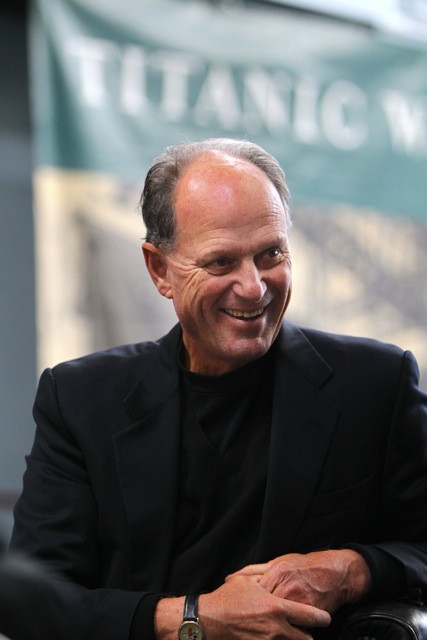 Titanic Belfast’s Ocean Exploration Centre Manager Susan Heaney said: “Visitors, educators and students can now learn about the shores, oceans and marine life around us in a fun, engaging and interactive gallery using the most amazing technology.

“Linking up with E/V Nautilus and Dr. Ballard for live events and being able to watch the ship’s crew at work wherever they are in the world is a fantastic addition to the exhibition at Titanic Belfast. The OEC is an important feature of Titanic’s legacy.”

Dr Robert Ballard said: “Credit must go to Titanic Belfast for its investment and vision in such an important subject matter. We have learned a lot about the oceans from Titanic’s tragedy, lessons that we abide by to this day.

“Titanic is teaching us day by day, and through the new Ocean Exploration Centre at Titanic Belfast we can continue to appreciate the importance of oceans around us and fascinating life within them.

“I’m excited about being at Titanic Belfast to see its new OEC and proud to endorse its aims and values.”