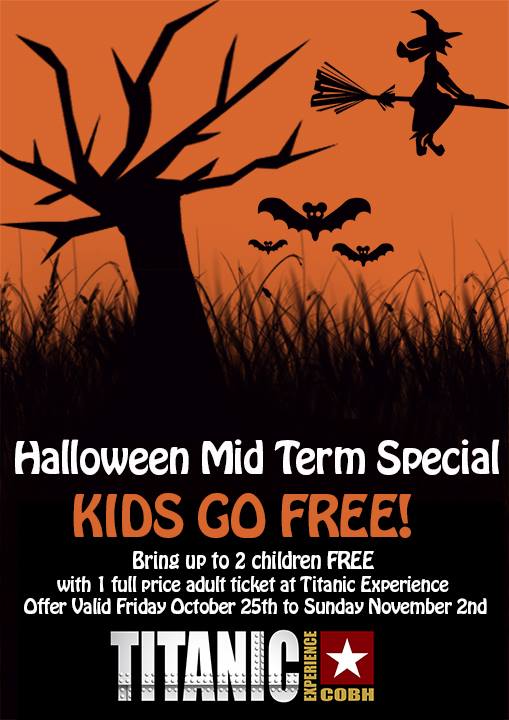 We are pleased to announce that following the addition of the Odell Family exhibt in April this year we have recently acquired some new and interesting artefacts related to the Titanic that will be added to our exhibition area over the coming weeks.
The additions include an extremely rare early 20th century revolving hardwood dining chair from the SS Carpathia, the ship that rescued over 700 passengers and crew on the night Titanic sank. The chair is on a cast base and bears the stamp SS Carpathia. We also have a rare bronze Commemorative Medal of Captain Arthur Rostron who was the Captain of the SS Carpathia and the medal was made by Theodore Spicer-Simson 1871-1959.The wreck of the SS Carpathia lies off the South Coast of Ireland. It was hit by a torpedo and sank in 1918 towards the end of the First World War.
Other items acquired included White Star Line tableware and Share Certificates.
These recent acquisitions were made at the recent Auction of Titanic Memorabilia. The most important item auctioned on the day was the violin reputed to have been played by Bandmaster Wallace Hartley as Titanic sank. The violin sold for £1 million sterling.
Queenstown Passenger Stories
n every issue we feature one of the 123 Queenstown Passenger stories. Below is the poignant story of Margaret Rice and her family.
Margaret Rice, (nee Norton), Athlone, Co. Westmeath Margaret Norton was born in Athlone, Co. Westmeath.  Her mother, Mary died young and her father emigrated to America after her death. Margaret married Englishman, William Rice in 1898, in Athlone.  They had five children, Albert, George, Eric, Arthur and Eugene.

Her husband got a job with the Grand Trunk Railroad in Montreal. The young family moved across the Atlantic and settled in Canada. In 1910, they moved to Spokane Washington.  William tragically died in 1910. He was crushed by a locomotive. Margaret decided to return to Ireland with her five young sons to mourn the loss of her husband. She had a considerable amount of money, roughly $6.500 from compensation received from the railroad company. She used some of this money to fund her voyage home. While in Athlone, Margaret lived a public house on Castle Street. The 1911 Census shows us that her niece, Catherine was also living there. It is possible that she too could have been travelling to America but for whatever reason she did not travel.

Margaret and her five sons were due to return home to Spokane in May 1912, but instead she choose to sail a month earlier onboard Titanic. They left from Queenstown on the tender ‘America’ and boarded Titanic as third class passengers. Unfortunately Margaret and all her children were lost in the sinking. Her story is one of the most poignant and tragic stories of all the Queenstown passengers. Her story is remembered on the Titanic memorial here in Cobh. The monument is dedicated to all the Irish passengers lost in the sinking.

Margaret’s body was recovered by the Mackay Bennett. This suggests that Margaret did make it up onto the upper decks of Titanic. She was listed as body number 12 recovered. She was identified by a pill box she had in her coat. This was traced back to the chemist in Athlone and as a result her body was identified. She was buried on May 3rd in Mount Olivet Cemetery, Halifax.  Sadly her five sons’ bodies were never recovered. Although there was a suggestion that the body of a little boy recovered could have been her youngest son Eugene. The child became known as the ‘Unknown Child’ but was later identified as Sidney Goodwin, an English Third Class passenger.

Out of the $6.500 that Margaret received, her brother and sister only received $200 each in compensation. On the night of the sinking she had $2.500 on her person. The rest it though to have gone to paying off her outstanding debts. The Rice family’s story is the most tragic story of all the Irish families onboard.  Margaret and her children became known as the Titanic six who never came home.

Motorhome & Caravan Show is rescheduled to 1...