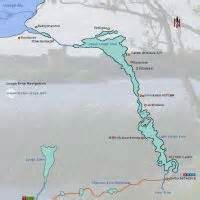 Waterways Ireland with the approval of Department of Culture, Arts & Leisure has made proposals to change the Lough Erne Navigation Bye-laws.

A limited number of changes are being proposed with the intention of enhancing the visitor recreational experience and increasing the deterrent to blocking of public moorings by private boat owners.

The enhancement of the visitor’s recreational experience is being sought through two measures. The increase of the current 48 hour maximum mooring period on a public jetty to 3 days, with a requirement to then move more than 3km away before mooring on another public jetty, and secondly the ability to flexibly place and remove speed and wake restrictions. Both changes are focused on supporting the ability of boaters of all kinds to tour, extend their stay and enjoy events and recreational activity on Lough Erne.

The new measures will deter the persistent occupation of public moorings by an increasing cohort of private boaters, particularly in Enniskillen. Currently Waterways Ireland is required after a series of warnings to take offenders to court where the magistrate has the ability to impose a maximum penalty of £50 per offence. The proposed increase in fines to a maximum of £1000 is the Standard Scales of Fines Level 3 (of 5) established under the Fines and Penalties (Northern Ireland) Order 1984 and is currently in use in the Regulation 49(4) of The Water (Northern Ireland) Order 1999, the overarching bye-laws for navigation on Lough Erne. The magistrate will then have the power to impose a fine up to £1000. Additionally Waterways Ireland is seeking the power to remove from Lough Erne, abandoned or sunken vessels and boats in breach of the byelaws after a 30 day notice period has been extended to the owner.

Waterways Ireland relied in the past on educating and advising boat owners, warning of breaches and asking them to comply and this will remain its primary focus. However, the number of boat owners persistently breaking the bye-laws particularly mooring bye-laws by mooring their boat on a permanent basis at a public mooring has grown substantially in recent years and has become an impediment to the free movement of boats particularly around Enniskillen. Waterways Ireland and the Department of Culture Arts and Leisure have agreed to seek these changes to the bye-laws to enhance the opportunities for hire cruisers, visiting boaters, event organisers and visitors and recreational/ activity centres to continue to use Lough Erne as an open and freely moving waterway now and into the future.

A public consultation period has opened for individuals, groups and organisations to comment on the proposed changes and will run until the 22nd May 2015. A Public Information Event is being held from 3-7pm on Tuesday 10th March 2015 to enable interested people to meet with Waterways Ireland staff and give their feedback. For those unable to attend; the proposed changes are detailed on www.waterwaysireland.org/Pages/Public-Consultation. An online submission form is available. Alternatively people can visit the Waterways Ireland Headquarters 10-5pm (ex 1-2pm) Mon – Fri to view the documents and complete a submission.