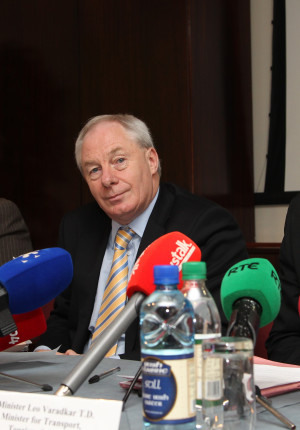 Minister of State for Tourism & Sport Michael Ring has welcomed new CSO figures showing the number of people taking holidays at home in Ireland grew by over 2% in the first 9 months of 2013 compared to the corresponding period of 2012.

He was speaking following the release this morning by the CSO of its Household Travel Survey for the third Quarter of 2013.

“This is welcome confirmation that 2013 was a strong year for domestic tourism. Irish people took more holiday trips at home, and they stayed on holiday for longer. Spending on domestic holidays also increased by 7.6% in the first nine months which is a great boost for the tourism industry,” Minister Ring said.

Today’s figures from the CSO show that when the first nine months of 2013 are compared to 2012:

“2013 was a landmark year for Irish tourism with The Gathering. We know that overseas visits grew significantly last year by around 7%, and today’s figures show that the domestic market also performed well to give further encouragement to the industry. The Government has prioritised tourism and that decision is paying dividends. Measures like the retention of the 9% VAT rate and continued support for the development of new tourism attractions are all helping to create new jobs and stimulate the economy,” Minister Ring said.

Spirit of adventure; 4WD; Self-sufficiency as...