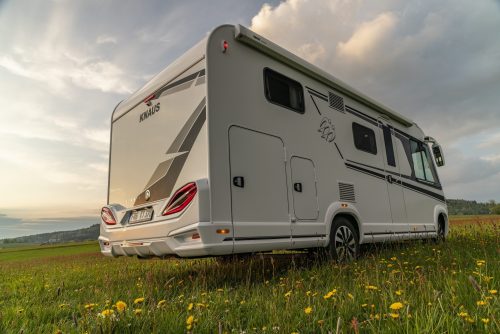 Knaus Tabbert AG, one of Europe’s leading manufacturers of recreational vehicles, recorded considerably faster growth in the second quarter of 2021, with all key performance indicators sharply increasing in the same period. Even better results could have been achieved in the absence of familiar constraints along the global supply chains. The Group achieved strong growth in revenue and earnings in both the Premium and Luxury segments. Thus, the number of vehicles sold in the first half of 2021 was 23.6 percent higher than in the same period of 2020. In total, Knaus Tabbert generated revenues of EUR 441.6 million in the first half of the financial year 2021, compared to EUR 359.3 million in the same period of the previous year. This corresponds to an increase of 22.9 percent.

Earnings before interest, taxes, depreciation and amortisation (EBITDA) in the first six months of 2021, adjusted for extraordinary expenses in connection with the COVID-19 pandemic, increased disproportionately to the growth in revenues by 33.0 percent to EUR 44.7 million (previous year: EUR 33.6 million). At 10.1 percent, the adjusted EBITDA margin was 0.7 percentage points above the previous year’s value of 9.4 percent. Excluding one-off effects, EBITDA in the reporting period stood at EUR 43.9 million, representing an increase of 33.7 percent over the previous year’s figure of EUR 32.8 million.

“The demand for recreational vehicles remains strong as consumers appreciate the independence offered by mobile travel. At the same time, dealers’ inventories are largely depleted. Our sales figures are therefore primarily driven by production and delivery capacities,” explains Wolfgang Speck, CEO of Knaus Tabbert AG, with regard to the performance in the first half of the year. “With our investment programme, we are working on substantially expanding our production over the next few years. In the current year, however, we are faced with the challenges of corona-related restrictions and, in particular, with problems along the global supply chains, which may continue to have an impact on our production. We are trying to counteract this with measures such as making our production more flexible and building up stocks in the short term.”

The high demand for Knaus Tabbert recreational vehicles continues with strong momentum. With 36,686 units worth EUR 1.2 billion, the Group recorded a significant increase in the order volume as of the balance sheet date 30 June 2021. This figure is almost three times as high as it was one year ago, and nearly twice as high compared to the beginning of the year.

In the reporting period, Knaus Tabbert recorded a significant increase in total output to EUR 464.6 million (previous year: EUR 359.3 million). This was driven, in part, by greater fluctuations in inventories as a result of bottlenecks in the supply of raw materials, intermediate products and entire assemblies along the supply chains.

The balance sheet total of the Knaus Tabbert Group increased to EUR 334.2 million as of 30 June 2021, representing an increase of EUR 48.3 million compared to 31 December 2020. This is mainly attributable to increased inventories or trade receivables, resulting from the greater volume of business.

The growth in equity from EUR 123.8 million to EUR 132.1 million in the reporting period was primarily due to the significantly improved net profit of EUR 23.6 million. This was offset by the distribution of dividends totalling EUR 15.6 million. Due to the higher balance sheet total, the equity ratio decreased by 3.8 percentage points to a still solid 39.5 percent relative to the balance sheet date of 31 December 2020.

The investment programme to increase production capacities, which was initiated in the course of 2020 with a total volume of around EUR 50 million, is progressing according to plan. In particular, the programme is intended to reflect the expected medium-term market environment and to facilitate capacity adjustments in production, sales and services. Investments are being made across all Knaus Tabbert locations and segments.

Investments in new models and innovative solutions are also being continued. At the Caravan Salon, the leading international trade fair for caravans, motorhomes and mobile recreation taking place in September, the Group will be showcasing several new models of its five brands KNAUS, TABBERT, WEINSBERG, T@B and MORELO. In addition, Knaus Tabbert will be presenting the concept study for an all-electric motorhome for the first time, thereby confirming its leadership position in the caravan market with regard to innovation and sustainability.

The company generated a positive cash flow from operating activities of EUR 40.4 million in the first six months of 2021, compared to EUR 47.4 million in the same period of the previous year. This decline was mainly the result of changes in working capital such as the strong increase in inventory levels.

The cash flow from investing activities increased to EUR -12.8 million in the first half of 2021, compared to EUR -7.2 million in the same period of the previous year. Significant cash outflows relate to the planned investments in increasing production capacities at the Jandelsbrunn, Schlüsselfeld and Nagyoroszi sites.

“Thanks to our high earning power, we were able to further reduce our debt. At the same time, we are able to finance our ongoing investment programme largely from cash flows, and implement it according to plan. Knaus Tabbert is thus on a very solid financial footing,” comments Marc Hundsdorf, CFO of Knaus Tabbert.

The total workforce of the Group, including trainees and temporary workers, increased by 474 to 3,343 as of 30 June.

Against the backdrop of the development in the first six months of the current financial year, Knaus Tabbert confirms its forecast for the full year 2021 as announced on 31 March 2021.

Despite inhibiting factors such as delayed deliveries and a tense supply situation the company can look forward to the second half of the year with confidence in view of the continued high end customer demand.

Accordingly, the Executive Board is assuming an increase in revenue in a range of 20 – 22 % in 2021. However, the factors mentioned mean that by far not the full potential can be realised in 2021 and the expectation is currently rather at the lower end of the range of the revenue forecast.

For adjusted EBITDA, we also expect a significant increase despite anticipated material cost increases, various inefficiencies due to supply difficulties and start-up costs caused by the strong increase in production. The margin will be around the previous year’s level of about 8 % – in relation to adjusted EBITDA.

“We continue to be very optimistic about our future business performance. To this end, we are focusing in particular on innovations and sustainability. We thus received very positive feedback on our new products presented at the Knaus Tabbert Dealer Conference 2021, and we are also seeing more and more dealers replenish their stock levels. In addition, we will be showcasing further innovations in all areas at this year’s Caravan Salon in Düsseldorf, including an all-electric motorhome as a concept vehicle for sustainable caravanning,” explains CEO Wolfgang Speck.

Experts warn how van conversions can VOID you...
Pike have been confirmed in Aughrusbeg Lough, County Galway 5 things you need to know about motorhome travel with a toddler