Additional €850,000 for Fáilte Ireland will aid the promotion of Wild Atlantic Way & Dublin 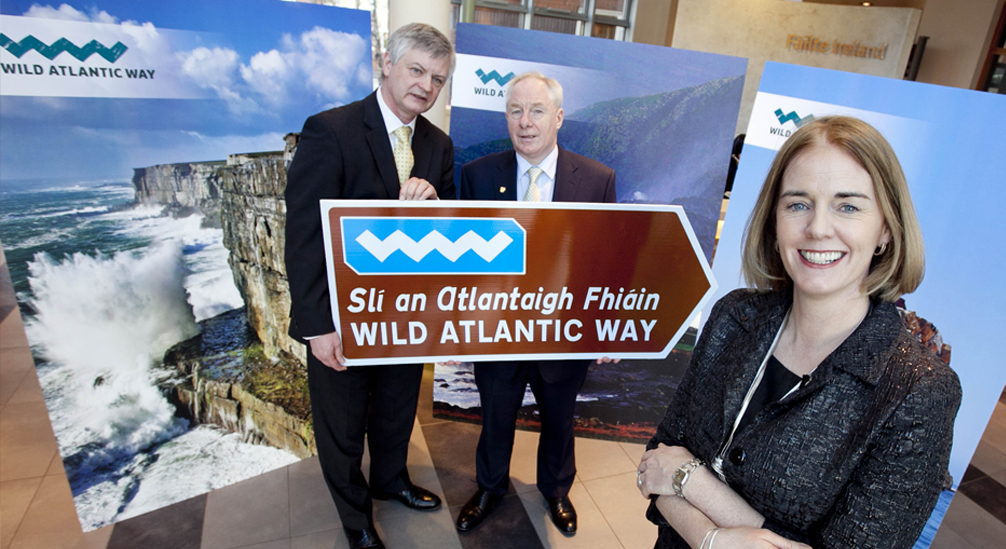 Minister of State for Tourism, Michael Ring TD, said the provision of an additional €850,000 for Fáilte Ireland, much of which will be invested in developing the web presence of the Wild Atlantic Way (WAW) and Dublin, will help to promote these great attractions internationally.

The funding is part of the Supplementary Estimate for the Department of Transport, Tourism and Sport, which was recently announced by Minister Paschal Donohoe.

“The provision of €850,000 to Fáilte Ireland as part of the Supplementary Estimate will be used to support IT investments, including promoting the Wild Atlantic Way and Dublin. This will ensure that marketing and social media aspects of promotion can be prioritised so that the message about Ireland’s attractiveness is delivered loud and clear. This will allow us to continue to build on the strong growth we have seen in tourism in 2014.”

The Government has already provided €8 million in funding for the WAW this year to establish discovery points and enhance signage as well as other necessary infrastructure.

“The Wild Atlantic Way has been a remarkable success to date and has got fantastic buy-in from the tourist trade and communities on the west coast. The coastal route is proving very popular with Irish and foreign travellers who are keen to explore the rugged beauty of the western Irish landscape. In the last week alone, we have seen the Wild Atlantic Way win the ‘Best Tourist Attraction’ at the third InBusiness Editor’s Choice Awards, demonstrating the broad appeal of the initiative. And with Fáilte Ireland estimating that 60% of businesses in the western regions expressed optimism about what the WAW can deliver as it is further developed, the potential for job creation in the towns and villages along the route is significant. Furthermore, as the awareness of the WAW grows internationally, we can expect more visitors to come to Ireland specifically to do the route.

“Where Dublin is concerned, Minister Donohoe recently announced the establishment of a group, the Grow Dublin Tourism Alliance, to focus on developing a brand identity for the capital. This will allow us to present a unified approach to tourism in the capital and to win market share from cities across Europe.

“Tourism is playing a crucial role in our economic recovery with an increase of 8.8% in overseas visits to Ireland and a 9.3% increase in spending by those visitors recorded so far this year. And with very ambitious targets being set for 2015, we need to continue to invest in these signature and iconic programmes so that we can drive tourism forward in the years ahead.”