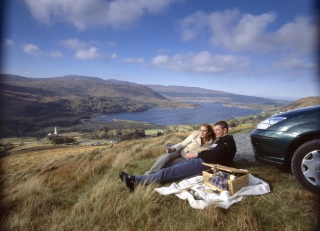 Minister for Transport, Tourism and Sport Paschal Donohoe TD, has published his Department’s Annual Report for 2014. The Report outlines key milestones achieved by his Department in 2014.

‘Minister Donohoe said: ‘Since becoming Minister for Transport, Tourism and Sport last July, I have built on the work done by my predecessor, Leo Varadkar TD, across the range of issues under my remit. My Department plays a key role in contributing to the Government’s deficit reduction and job creation efforts’.

“One of my priorities since coming to the role has been, and continues to be, the development of public transport and I am happy to see that passenger numbers are now on the rise with nearly 7 million more passenger trips by CIE companies in 2014 than in 2013. There has also been significant progress made on the Cross City Luas project and the Leap card is now the dominant means of paying for transport in the State, with the millionth card just recently sold’.

“Where tourism is concerned, numbers last year grew for the fourth consecutive year, increasing by 8.9% on 2013. This is due to the right policy options being pursued, such as the abolition of the travel tax and the development of initiatives such as the Wild Atlantic Way. The new tourism policy which I recently launched with An Taoiseach aims to build on recent success so that we welcome 10 million visitors to Ireland in 2015, generating €5 billion in revenue.

“In aviation, the Shannon Group was formally established and Shannon Airport continued to grow its passenger numbers. There were 880 allocations in the 2014 round of the Sports Capital Programmed which totaled €40.5m. The National Sports Campus Development Authority made significant progress on the development of its facilities and substantial work was completed in drafting of new legislation to give effect to the implementation of the National Ports Policy.

“Unfortunately, safety continued to be an issue with an increase in the number of lives tragically lost on our roads for the second year running and the Irish Coastguard responding to a record number of emergencies. I launched the new Maritime Safety Strategy earlier this month and continue to work with the RSA and others bodies charged with road safety in a bid to reducing the number off needless deaths on our roads and at sea.”