KNAUS TABBERT Increases Sales by near 20% 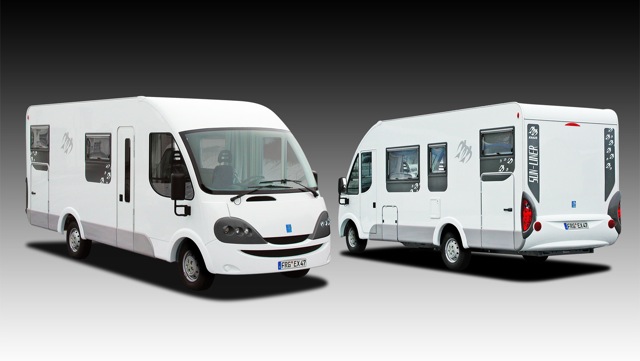 Caravan Salon Düsseldorf (CSD), the world’s biggest and most important industry trade fair for leisure vehicles, closed its doors a few days ago and with a total of 202,000 visitors set a new record in the trade fair’s history. Knaus Tabbert GmbH, one of Europe’s leading manufacturers of caravans and motorhomes, also registered a new record at the CSD 2015: The company that is headquartered in Jandelsbrunn, Lower Bavaria, never before has sold more vehicles at this trade fair. In all vehicle segments, i.e. in motorhomes, camper vans, and caravans, the group with its four core brands KNAUS, TABBERT, WEINSBERG and T@B registered a clear increase and again was able to top last year’s sales record by almost 20 percent. Especially the premium class vehicles, and particularly the new motorhome flagship KNAUS Sun i and the agile and compact camper vans were in great demand among the customers.

“This year we plan to increase our turnover from Euro 297 million to approximately Euro 350 million, and we are currently fully on our course. It is therefore all the more pleasing for us that we were able to register this growth rate also at the Düsseldorf trade fair that is the most important trade fair for us”, says Wolfgang Speck, chairman of the management board of Knaus Tabbert GmbH. Concretely the number of motorhomes sold at the Caravan Salon increased by almost 30% compared to the previous year, the growth in the caravan segment amounts to more than 8%. “This trade fair was a great experience both economically and emotionally”, adds Gerd Adamietzki, managing director of Knaus Tabbert GmbH. “In addition to the positive sales figures we also experienced unbelievable dynamics and a strong bond with our dealers and also with our end customers. We therefore look forward to the start into the new season with great confidence.”

Apart from the new Sun i, with a price of approx. Euro 100,000 the new motorhome flagship of the KNAUS brand, the interest of visitors especially also focused on the TABBERT premium caravans. “The new products have arrived on the market and at the customers”, sums up Werner Vaterl, managing director of Knaus Tabbert GmbH. “Right from the start we were convinced that our products would be successful, because at TABBERT we have never before had a more comprehensive and complete portfolio and more ideal production conditions than we have today.” Last year the NEXT GENERATION of TABBERT was presented with a total of five model ranges between Euro 17,000 and more than Euro 50,000.

Knaus Tabbert GmbH was able to register significant growth rates not only at the Caravan Salon in Düsseldorf. Record results also were achieved in Sweden and Italy. At the recently closed Swedish caravan trade fair in Jönköping the manufacturer reported a sales plus of 22% compared to last year, which so far had been the best trade fair result. And the first weekend at the Salone del Camper in Parma with a plus of 147% also promises a new all-time high in Italy.