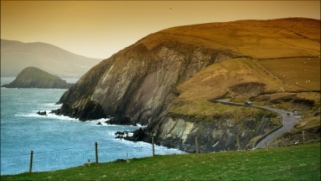 The Wild Atlantic Way, Fáilte Ireland’s latest and biggest initiative, has been awarded the National Impact Award at the 2015 Community and Council Awards, hosted by the Local Authority Members Association (LAMA) in association with IPB Insurance.

The National Impact Award recognises a project which has had a positive effect upon the nation as a whole, enhancing the environment, cultural or social activities, transport links or the economic stability or growth of the local and national communities who use it.

Ireland’s first long-distance touring route has proved hugely popular with tourists both domestic and from overseas, with Fáilte Ireland having invested €10 million rolling out the route which stretches from the Inishowen Peninsula in Donegal to Kinsale in County Cork. This year, the national tourism authority will be developing the attraction further and ensuring that it is heavily promoted to key overseas markets. Accepting the Award on behalf of the Wild Atlantic Way project, Fáilte Ireland CEO Shaun Quinn emphasised: “We are thrilled to be awarded the ‘National Impact Award’ by the Local Authority Members Association and I think that this is a reflection on its huge success to date all along the western seaboard. The enthusiasm out there for this project is impressive and not only amongst tourism businesses but also in the wider community.

“With its capacity to drive extra visitor footfall, mobilise communities and showcase the best of the West Coast of Ireland, the Wild Atlantic Way is set to be one of the most significant developments in modern Irish tourism and to be a significant engine of regeneration for rural Ireland.  I have no doubt that this project will prove to be a game-changer for tourism in the west and will lure ever greater numbers of visitors to Ireland as they seek to explore the longest defined coastal route in the world.”