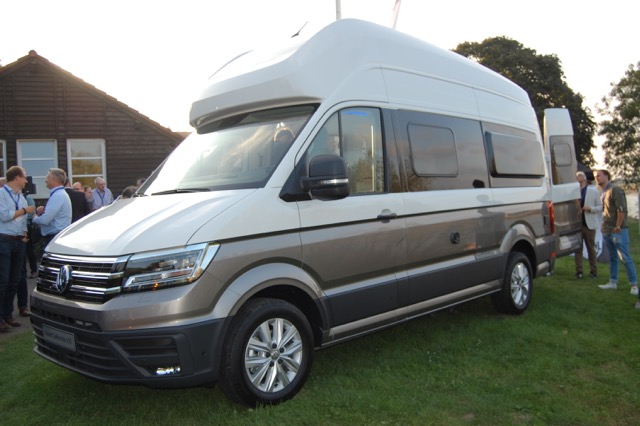 In a world exclusive, Volkswagen Commercial Vehicles unveiled its all-new Grand California XXL, and for the first time, has used the VW Crafter van base. The new campervan comes in two sizes and includes a fully equipped bathroom with shower, toilet and pull-out sink. The rear sleeping area of 6.39ft x 4.59ft has plenty of space for two adults, However, as this new prototype is concentrating on maximising space, there is an option to add a high bunk for two children in the raised roof at the front. The Grand California has stepped away from the traditional classic look and has firmly brought the interior design firmly into the 21stcentury. 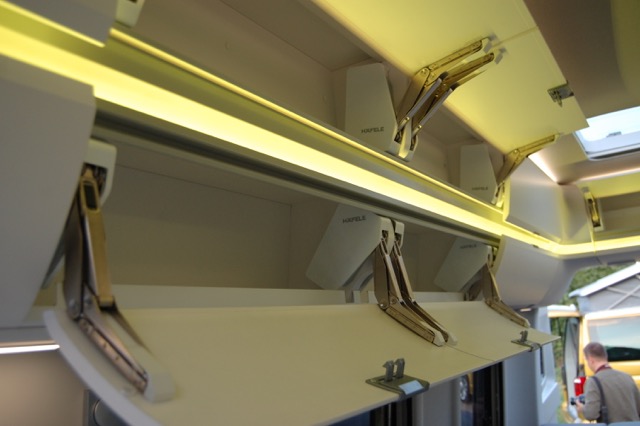 The all-white aviation style cabinets surrounding the upper interior section look impressive when highlighted by the ultra modern neon lighting and is equally as impressive underneath the panoramic roof. The twin hob gas cooker sits alongside the sink and the underneath reveals plenty of storage space for many utensils. Just around to the side is the 70 litre fridge and all of these fittings are well positioned towards the centre of the cabin opposite the bathroom, which features racks for towels and holders for toiletries. There is also USB ports and a handy shelf area to the back of the hob, perfect for charging up electronics. There is a four-seater dining table towards the front and is surprisingly spacious, given all that the Volkswagen CV design team have managed to squeeze in. 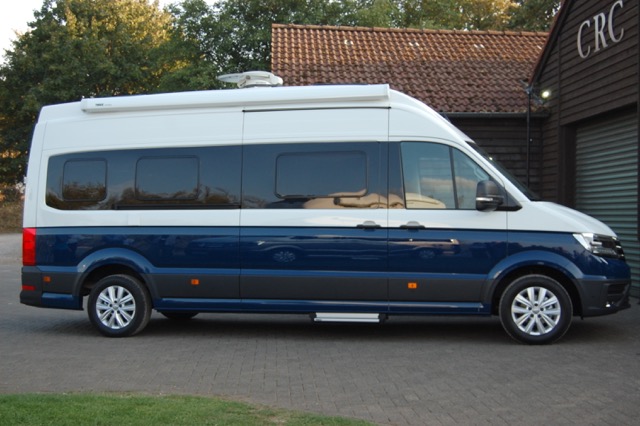 The all-new Grand California 680 model reveals an extra 2.63 feet of space, and solidifies the idea of a luxury camper. With the pop-out windows and panoramic skylights, the Crafter style van’s extra high roof helps with the light airy feeling all round. Both of these vans come in a twin tone colour – brown for the 600 and blue for the 680. As far as added extras go, roof-mounted solar panels, a satellite dish and side awning will all be available, just to name a few. The rear doors hold mounts to store seats that further optimise the space in these luxurious campers. As for the price, the details have yet to be fixed as has the length of the vehicle and kit as standard, but we wait in anticipation for this beautifulmotorhometo roll off the production line in early 2019. 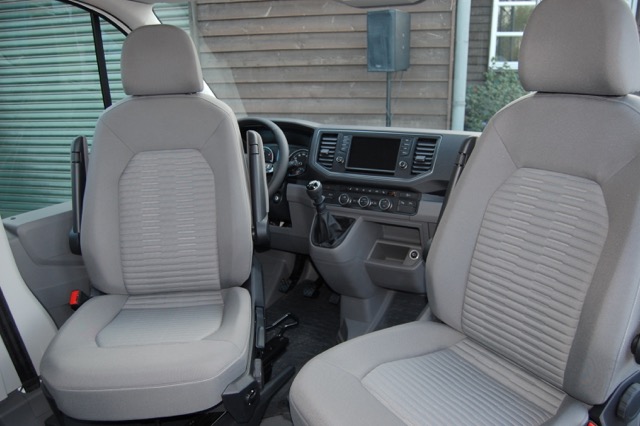