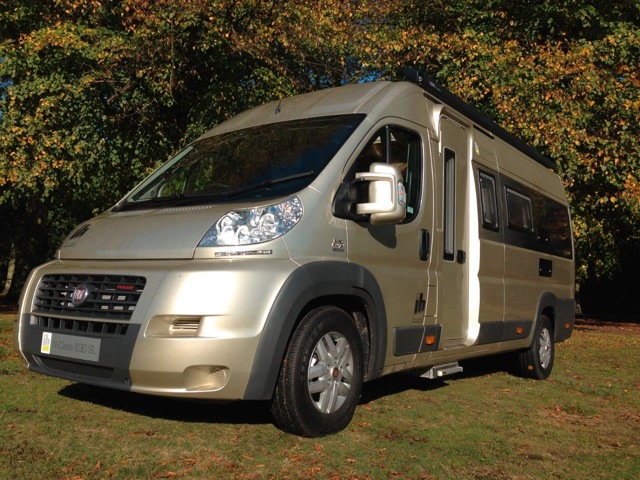 Two campervan manufacturers from West Yorkshire, Wellhouse Leisure and iH Motorhomes, are proud to have achieved record sales after launching innovative new models at last week’s Motorhome and Caravan Show at the NEC. This achievement means that both manufacturers, from Huddersfield and Knottingley, respectively, can keep their factories busy through the winter, and are even considering recruiting extra staff.

Both companies also found out this week that their new models have been shortlisted for The Motorhome Awards 2014 from Which Motorhome and MMM magazines and eagerly await the results, which will be announced in December.

Wellhouse Leisure and iH Motorhomes are no strangers to winning awards, and both have invested serious amounts of time and money over the last few months into the innovative new models they unveiled to the public for the first time last week.

Wellhouse Leisure announced at the show that its new campervan, the first UK conversion based on the new Ford Tourneo Custom (the luxury people carrier version of the Ford Transit Custom) is to be called the Wellhouse Ford Terrier, linking to its proud Yorkshire roots and the official mascot of Huddersfield FC.

David Elliott, managing director of Wellhouse Leisure, said: ‘We’ve worked really hard to be the first UK company to launch a campervan conversion on the new Ford, so I’m delighted with the sales of our new Ford Terrier, as well as our other successful campervan, the Hyundai i800 camper, at the show. This means we can keep the factory in full production, and may even take on an apprentice.’

The new Wellhouse Ford Terrier is a perfect campervan conversion as it is the same size as a family estate car, so easy to use everyday, yet offers masses of space for family, pets or gear. It quickly converts to a home from home with an elevating roof, kitchen with fridge, sink and cooker, and seating for five people. With a higher specification than most rivals, including items like front and rear parking sensors, air conditioning, Bluetooth, heated driver’s seat and rear privacy glass; it also offers great value, with prices starting from £39,500.

Van conversion specialist, iH Motorhomes launched a range of innovations at the NEC show and grabbed the public’s attention with a Lamborghini lime green-coloured model of its new N-Class range. Unique, new features include a convenient caravan-style door instead of the usual sliding side door, and a new GRP rear panel with window and large, motorhome-style ‘garage’ for storage instead of the twin rear doors. But possibly the most exciting new model is iH’s flagship N630 SL with an American-style side slide-out section to create extra living space.

Ian Hartley, managing director of iH Motorhomes, said: ‘Launching so many new models meant our stand was the busiest ever, and we’re delighted that this has translated into record sales at a show, and a bulging order book to keep us extra busy over the coming months.’