Caravan, Camping & Motorhome Show 2019 – Something for everyone! 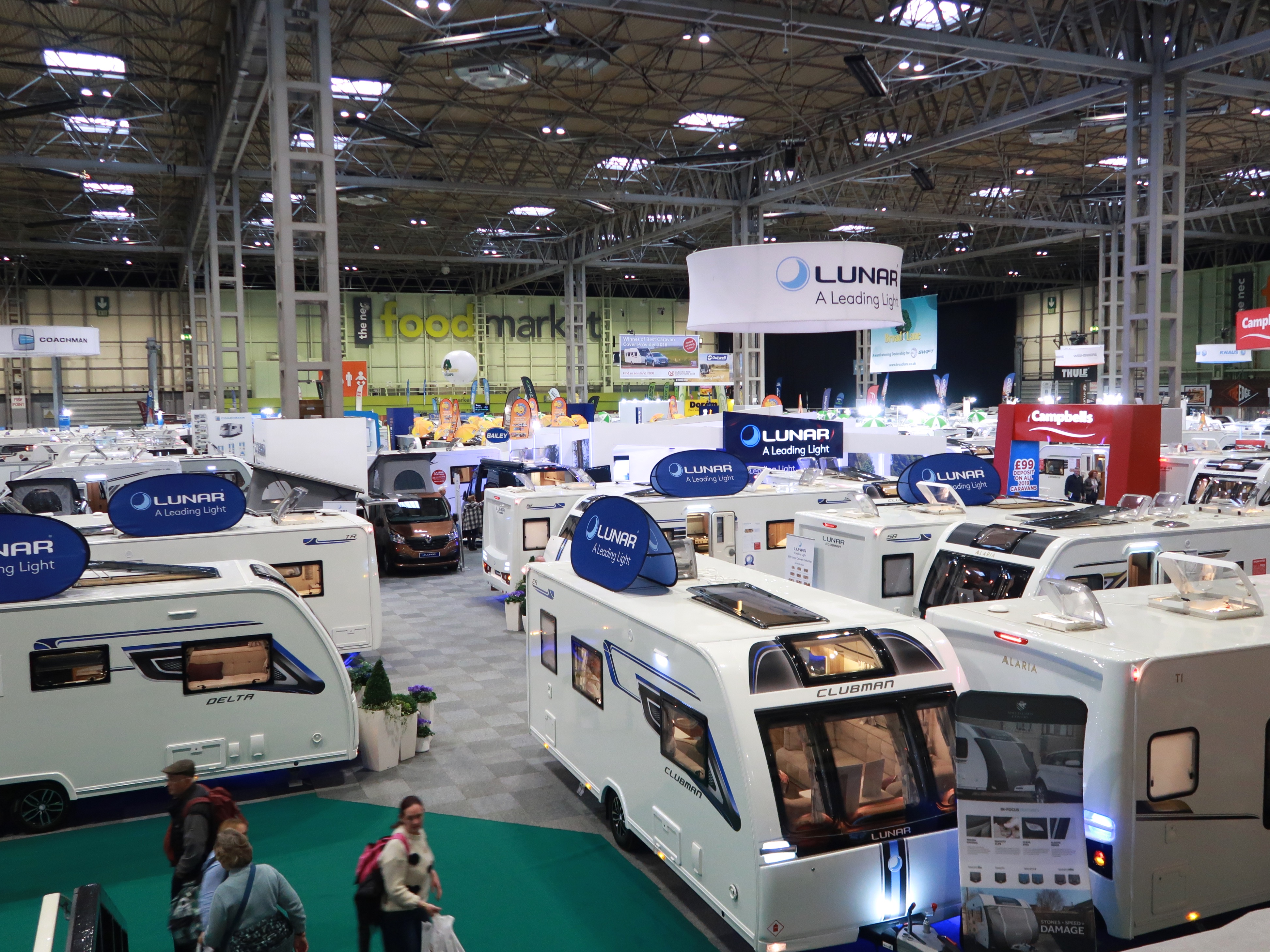 February’s Caravan, Camping & Motorhome Show, the second of the two big annual mobile leisure industry shows held at the National Exhibition Centre (NEC) in Birmingham, has a quite different feel to its October counterpart, the Motorhome and Caravan Show.

That autumn show is targeted more at the unveiling of new products from the major caravan and motorhome producers, while there is a much more distinct focus on holidays and vacations at the February event. So while nearly all the big brands still took significant stand space, this was the show to get the latest in tents and trailer tents, while there was also a significant part of the show dedicated to holiday companies covering every type of holiday at home and abroad,

As always, crowds gathered to the 2019 event which ran from 19-24 February. Over 91,000 guests flocked through the doors, many intent on finalising their plans for the forthcoming season, even if the impact of Brexit loomed large. Caravan Cruise Ireland was there to sample what was on offer.

If there was one stand-out exhibit at the Show, then it was on the Volkswagen Commercial Vehicles stand where the eagerly anticipated Grand California was making its right hand drive debut. A spokesperson said that the Show was proving to be a very useful fact-finding exercise in finding out what specs customers would be demanding of the fixed roof Crafter-derived motorhome once RHD production starts this summer.  At present they plan one layout, with an overhead bed over the cabin as optional. The model shown was the 600; there will also be a longer 680 version with a different bed layout. The order book for RHD opens in July with deliveries expected to start from September.

Have our roads suddenly expanded? The latest must-haves seem to be eight foot wide caravans, with any number of brands exhibiting examples. Yes, that extra width does make a big difference to interior space, but you would have to wonder at the viability of towing these wide-boys down some of the country lanes where campsites are typically located. Among the examples we checked out were the new Quasar from Lunar, Swift’s Elegance Grande with center lounge /double bed, the Bailey Pegasus Grande and the Knaus Weinsberg Sudwind which stretches to 2.5 metres / 8.2 feet in width.

The Irish Caravan & Camping Council was once again present at the Caravan Camping & Motorhome Show, and its representatives were very busy dealing with customer queries. Inevitably Brexit was on the minds of many, but Con Quill, CEO of Camping Ireland said that nonetheless he was positive for the year ahead following a very positive 2018. Camping Ireland has also been attending similar shows in Europe to attract a wider audience to these shores.

The blurb in the press brochure for Rolling Homes said that it would be exhibiting a conversion that might be the most expensive ever. So naturally we had to take a look. And certainly it was eye-catching.

Based on a Volkswagen T6 Kombi, the price – when it is finalised – is expected to top out at more than £110,000. It boasts a rather special paint job, and luxury Nappa leather with lashings of walnut woodwork inside. The Blaque Diamond wheels cost over £4,500 alone. Add in the likes of a £3,000 Alpine audio system, a 150W solar panel, the latest SCA elevating roof and a special exhaust system and you can see where the price comes from. Exquisitely made, but probably not one to consider if you have kids.

Danbury made its name producing the classic VW Type camper vans beloved of the surfing fraternity. These days, it’s all about the T6 version of Volkswagen’s much loved van, but its latest product, a special edition of the Danbury Surf should still appeal to big wave riders. Priced from £45,995, it features a new rear bench which converts into a perfectly flat bed in the sleeping position and comes with numerous storage areas with flush doors

One camper-van that caught our eye was this Ford Transit Custom conversion from Summit Campers on the Lowdhams stand, especially its floor level lighting and cool steel style finish. Very space age! It’s priced from £47,995.