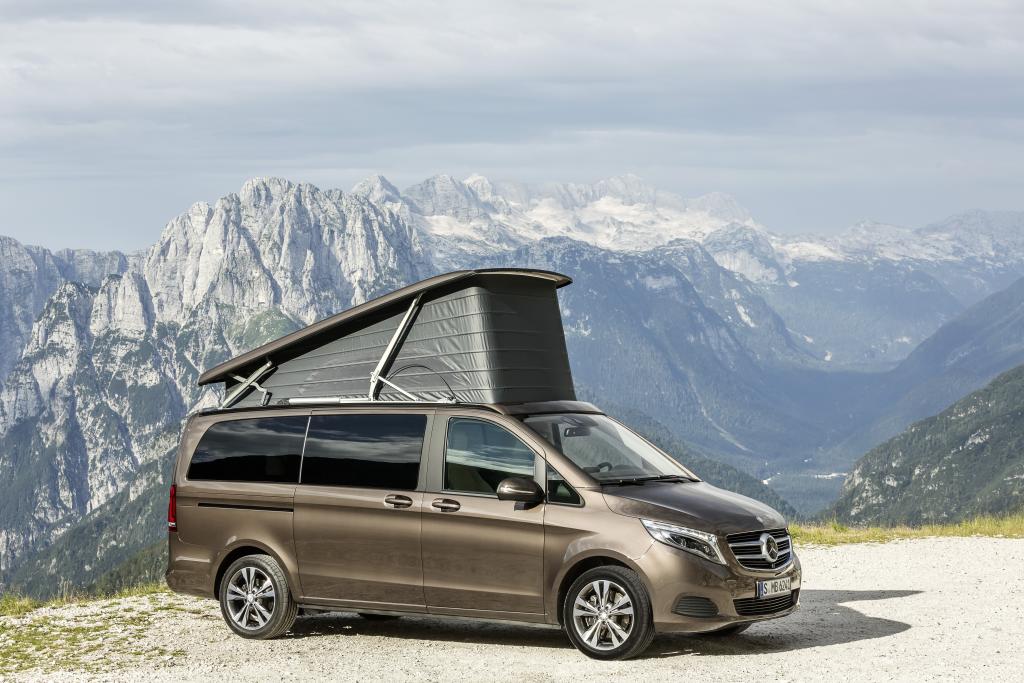 Mercedes-Benz Vans is intensifying its cooperation with converters and bodybuilders, and further expanding its presence in the camper van market. Following the successful market launch of the Marco Polo and Marco Polo ACTIVITY, the V-Class and Vito are also on the attack as platforms for individual camper van bodies.
More and more converters and bodybuilders are placing their confidence in the two Mercedes-Benz models with the newly developed SCA pop-up roof by C.F. Maier, and extending their portfolios of compact camper vans.
At the beginning of this year Terra Camper already presented the first Tecamp based on the Mercedes-Benz Vito 4×4 with the SCA pop-up roof as a new expedition vehicle. And now Neureuther has for the first time based its popular, multifunctional MultiCamper recreational vehicle on the all-wheel drive Vito.
Both vehicles are on display on the Mercedes-Benz stand (D18) in Hall 16 at the Caravan Salon in Düsseldorf.
At the same time Hymer is presenting a design study with a modular furniture concept on the basis of the V-Class. Various other camper van manufacturers are also showing individual conversions and bodies based on the V-Class and Vito with the SCA pop-up roof.
Tweet