Caravanners being forgotten in the rush to go electric, says What Car? 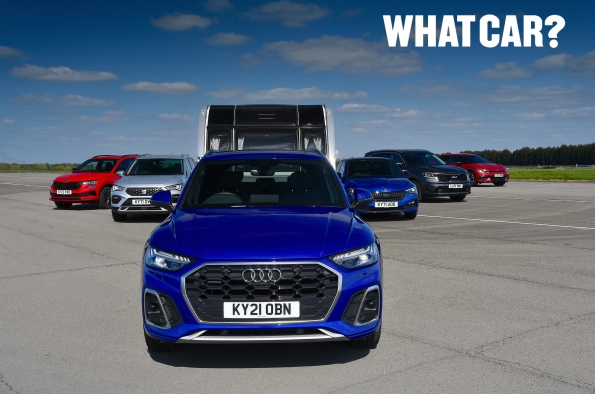 The needs of those who use their cars to tow are being overlooked in the rush to go electric, according to leading consumer champion and new car buying platform, What Car?.

As part of the judging process for the What Car? Tow Car Awards 2022, held in partnership with The Camping and Caravanning Club and supported by Adria, eight of the latest electric cars were range tested with and without a caravan.

The best performer managed 113 miles while towing a caravan weighted to 85% of the car’s kerb weight (the maximum recommended), and the worst just 78.1 miles. Meanwhile, the average drop compared with the range without a caravan on the same test route and in the same weather conditions was 54.6%.

By comparison, the fuel economy in a petrol or diesel car typically drops by around a third when towing, so it will be necessary to stop more often with an electric car. Plus, topping up is likely to be much more complicated.

None of the motorway services run by the three main operators in the UK currently allow caravanners to charge without first unhitching. And due to one-way systems, some make it impossible to get back from the chargers to the towing parking area.

Moto said it was unable to comment, and Welcome Break didn’t respond to our enquiries on its future charging infrastructure plans. However, a spokesman for Roadchef said: “While supporting cars and vans is our current priority, we are actively consulting with caravan forums to determine their needs around electric car charging. We aim to facilitate towing EVs well ahead of any bans on petrol and diesel models in the UK.”

What Car? editor Steve Huntingford said: “Electric car ranges have improved massively over the last decade, but towing is always going to reduce how far you can go on a charge, so it’s crucial that the infrastructure is in place to support those who use their cars to pull a caravan or trailer. At the moment their needs feel like an afterthought, even though the ban on the sale of new petrol and diesel cars in the UK is just eight years away.”

For now, a model with a combustion engine remains the only suitable option for many caravanners, with the Audi Q5 40 TDI quattro diesel named the best car for towing in 2022 at the annual What Car? Tow Car Awards, held in partnership with The Camping and Caravanning Club.

Huntingford explained: “Stability has to be the number one priority when towing, and the Q5 is as solid and secure as they come. However, it also offers a fantastic blend of performance and practicality, and is cleaner and more efficient than traditional diesel models, thanks to mild-hybrid electric assistance.”

The Camping and Caravanning Club’s Ian Hewlett, a tester judge on the programme, added: “This year’s field was packed with great tow cars, but everyone on the judging panel agreed that the Audi Q5 was the best all-rounder.

“It’s vital that motorists match the right car with their caravan, and our awards programme gives drivers excellent insight into the performance of the latest vehicles on the market.”

What Car? and The Camping and Caravanning Club have been collaborating on the Tow Car Awards since 2007.

Before deciding on the overall winner in 2022, the judges handed out awards to cars in five different towing weight classes, ranging from up to 1400kg to more than 1900kg. They also named the best tow car for practicality, and the best electric, plug-in hybrid and estate cars for towing.

In addition to taking the top prize, Audi won the 1700-1899kg weight category with the Q5.

Testing was undertaken by matching eligible cars to caravans weighted to 85% of the car’s kerb weight or its legal towing limit, depending on which was lower. They were then ballasted to simulate driving with passengers and luggage.

What Car?’s expert road testers were responsible for the most extreme manoeuvres, designed to show which tow cars will stay under control in an emergency.

Meanwhile, drivers from The Camping and Caravanning Club assessed high-speed stability, carried out a hill start on a 1-in-6 slope, looked for towing-friendly features – such as a trailer stability system – and confirmed whether the puncture repair provision was suitable for use while towing.

What Car?’s road test ratings were used to assess how the cars performed when not towing. And the latest What Car? depreciation data and Reliability Survey information was also factored in during the judging.

WHAT CAR? TOW CAR AWARDS, IN PARTNERSHIP WITH THE CAMPING AND CARAVANNING CLUB – 2022 WINNERS

Electric car range test results with and without a caravan, ranked by towing range: