Caravanning remains one of the most popular pastimes of Europeans 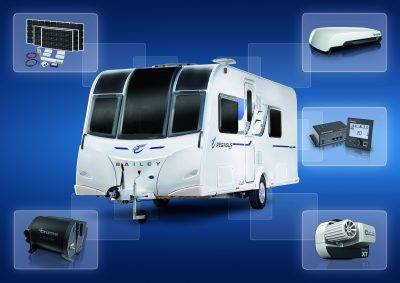 Caravanning is a more popular and appealing activity than ever before among Europeans.
With a 5.3 percent increase in sales for the period January through April, relative to the same period last year, the strong sales result for new leisure vehicles in European come on the heels of last year’s outstanding performance for the European leisure vehicle market. In the first four months of 2019, a total of 79,634 new leisure vehicles were sold in the European market, with virtually all national markets registering sales increases. The national markets with the most robust sales increases thus far this year are Germany (+13.7 percent), Spain (+38.2 percent), Belgium (+11.0 percent) and Switzerland (+15.1 percent). The French market continues to be on a par with the excellent sales registered in 2018, while sales of new leisure vehicles during the first quarter of this year declined in the United Kingdom (-0.9 percent) due to the uncertainty surrounding the Brexit and the negative economic impact this situation is already having.

The largest market was once again Germany with 46,859 newly registered motor caravans and a solid 15.5 percent increase. The second largest market, France, with 23,878 newly registered vehicles, also grew very strongly at 11.9 percent. Imposing growth rates were also achieved in the important Southern European markets of Italy and Spain, which grew by 19.9 and 22.9 percent, respectively. The trend in Sweden (plus 12.7 per cent), Norway (plus 14.8 per cent), Finland (plus 13.2 per cent) and Denmark (plus 70.6 per cent) also remains extremely positive.

The strong growth was driven by new motor caravan registrations, which increased in all countries except Switzerland, in most cases even at double-digit rates. With an enormous increase of 12.9 percent to 125,060 newly registered vehicles, a new record was set in Europe. This is due to numerous registration records in the European markets. In 2018, more motor caravans were newly registered in Germany, France, Sweden (7,218), Spain (4,857), Belgium (4,613), the Netherlands (1,998) and Austria (1,480) than ever before in a single calendar year.

Demand for caravans was once again high in the European leisure vehicle market in 2018. On the heels of a sizeable increase in sales amounting to more than 7 percent in 2017 – the largest increase in more than three decades – the high rate achieved in the prior year was nearly matched, with 77,030 new vehicles sold.

The slight decline of 1.7 percent is mainly attributable to the 11.9 percent decline in sales registered in the UK. With 24,327 new caravans sold, for the first time Germany supplanted the UK as Europe’s strongest sales market, registering a robust increase of 7.2 percent. Sales of new caravans in France, which is Europe’s third largest market, amounted to 8,124 vehicles, which was on a par with last year’s sales.