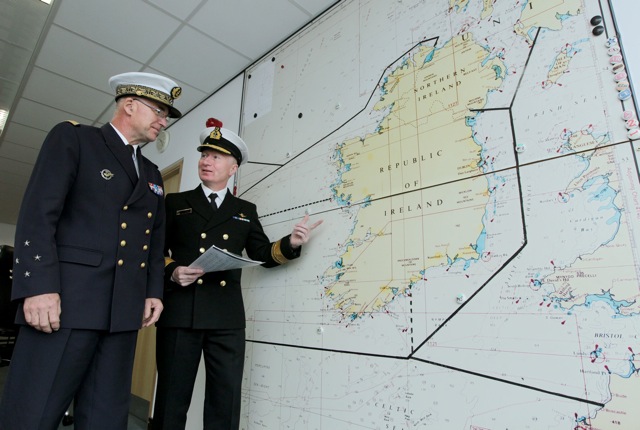 The Coast Guard has seen a record response for 2014, with it being particularly relevant to the Shannon SAR Helicopter who flew the Bases 300th mission last week.

The Coast Guard attributes the rise in the number of incidents to:

1. Prolonged warm weather during the summer
2. More people taking holidays in Ireland (which are normally taken near water)
3. Additional work undertaken by the Coast Guard helicopters assisting the national ambulance service, particularly with medevacs of patients suffering from Strokes and STEMIS – ST Segment Elevation Myocardial Infarction
4. Storms and High winds in the early part of the year and coming into Autumn

The Coast Guard believes that the rise in the number of incidents shows a greater willingness of the community to seek assistance early, which is to be welcomed. The Coast Guard encourages people to call 112 when they think they’re in trouble, as if you wait until you are in trouble it might be too late. With the change in weather, we see a change in the calls and a change in conditions but the message remains the same. If you do see someone in difficulty in the sea, on the shore, cliffs, lakes or rivers dial 112 or 999 and ask for the Coast Guard.

Total incidents at 2628 is up 3% on 2013 which had been the busiest year since the foundation of the modern Coast Guard in 1991. While we have seen a drop in the numbers of people assisted at 4,000 we have seen an increase in the number of people saved up 74% (260), due in part to our increased air ambulance work, which was in evidence last Monday during the multiple casualty RTA in Farranfore when two Coast Guard helicopters responded to the scene. The statistics for the number of people offered Coast Guard ‘assistance’ can be difficult to interpret, for example an assisted passenger vessel can increase numbers significantly by comparison with a single person lift.

• Powered pleasure craft are up 8% at 245
• Sailing vessels down 30% at 86
• Merchant vessels 69 incident (up 17%) show an increase partially due to the major storms at the start of the year
· Fishing vessels down 11% at 188 which were mainly tows for engine difficulty
• Highest riser is the punt/tender at 41 is up 116%
• Two other categories showing significant rises are Surfer requiring assistance (+92%) and Kite Surfer (+64%) these can be attributed to a couple of factors; rising popularity, high winds coming into Autumn and extended warm weather during the Summer
• Mountain rescue assists were up 28% at 96
• And Canoe/Kayak at 59 up 23% again possibly due to its rising popularity and warmer summer.

Another feature of the last number of years is the growing assistance we give to An Garda Síochána in missing person searches in coastal and remote areas. 220 missions this year represents a 38% rise.

Overall the total incidents involve 47 fatalities, 18 of which were on Gardaí assists.

SAR Helicopters
Shannon has seen a new Base record with 300 missions completed by last weekend and now stands at 311. This represents a 9% rise on our busiest year in 2013. Sligo (R118) has seen a 16% rise with 275 missions. However showing the biggest rise is Waterford (R117) with a 33% increase (188 missions) due to the good weather. Dublin completes the picture with 140 missions. This year saw the launch of our new S92’s in Dublin and Waterford which completed the set and now all 4 bases using the improved new technology aircraft.

Speaking about the new Base record Chris Reynolds, Director of the Irish Coast Guard said: ‘In noting this record number of missions I would like to voice the Coast Guard thanks for the professionalism and dedication of the crew at Rescue 115 and for the consistently high levels of mission availability that the Coast Guard have achieved in partnership with our service provider CHC Ireland. I also want to thank the crews at our bases in Dublin, Waterford, and Sligo for their fantastic work throughout the year, moving people from places of danger to places of safety, day and night winter and summer.’

Eugene Clonan, Assistant Director thanked all Coast Guard Staff and Volunteers who have responded throughout the year and also wished them all a safe 2015.

“I would like to thank all the staff and volunteers who have contributed to the many missions we have undertaken this year, and wish them all the best for the festive season. I would also like to thank the RNLI, CRBI, Gardaí, Mountain Rescue teams, the National Ambulance service, Fire Brigade, who we have worked together with so well throughout the year. I want to particularly thank the many volunteers who responded with such professionalism, whether that be the Coast Guard directly, RNLI, CRBI or Mountain Rescue teams.”

Coast Guard volunteer units were called out 1, 269 times (13%rise), RNLI lifeboat tasked 819 times (-5%) and Community rescue Boats 210 (47% rise). There were 44 minor pollution incidents managed. Our Coordination centres also broadcast 61,600 marine safety broadcasts a rise of 25%, received 27,000 ferry traffic reports, 1,800 fishing vessel traffic reports and 6,000 leisure vessel traffic reports. The increased number of traffic reports logged particularly by fishing and leisure vessels is very welcome and the Coast Guard encourages anyone taking to sea to log a traffic report (in effect a sail plan) with the Coast Guard. All boat users should also tell a responsible person ashore – in effect an emergency contact – where their craft is going, when its leaving, from what port or slip, time due back and where, who is onboard, what safety and communications equipment is carried, what the craft looks like, its name/call-sign and most importantly what action to take when this estimated time of arrival back passes. This emergency contact ashore must take on this duty vigilantly and contact the Coast Guard immediately once they become concerned. Finally we would like to remind all who go on the water to don a lifejacket and keep it on. There is no excuse for not wearing a lifejacket and we would encourage every partner, friend or relation who knows a boater with no lifejacket to get one and wear it.

Caravanners being forgotten in the rush to go...
NEW OWNER FOR WHITEHOUSE LEISURE PARK, NORTH WALES Laika & Honda Racing Corporation together at Dakar 2015