Convictions, fines and boat forfeiture for illegal fishing in Dundalk 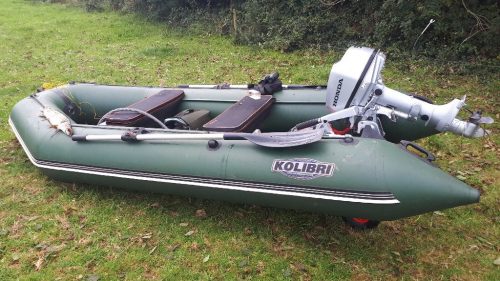 Two men in Dundalk have been convicted of illegally killing pike and have been ordered to pay fines following prosecutions taken by Inland Fisheries Ireland.

Also in Dundalk District Court on the same date, Mr. Arturas Bagvilas, with an address of Bothair Na Carraig in Dundalk, received a €300 fine as well, following his conviction.

Inland Fisheries Ireland Officers, who had been on routine fisheries patrol in the area, outlined the facts of the case to the court of how Mr Gaska and Mr. Bagvilas had been observed in the act of illegal fishing on Drumcah Lough, taking and killing pike.

As a statutory consequence of the conviction for use of a boat contrary to Section 285 (A)(1) of the Fisheries (Consolidation) Act 1959, the boat that was seized by Inland Fisheries Ireland is now automatically forfeited.

Evidence in relation to the offence was given before Judge Eirinn McKiernan and breaches of Fisheries legislation occurred on Sunday, October 11th last year, in the townland of Annagh, close to the Louth and Monaghan border.

According to Inland Fisheries Ireland, which is the state agency responsible for the protection and conservation of freshwater fish and habitats, there was an increase in illegal fishing activity recorded by its Officers around the country last year.

The state agency initiated 119 prosecutions for fisheries-related offences in 2020, compared with 67 prosecutions in 2019. It also seized 1,287 illegal fishing items last year, up from 788 items the year before.

Dr. Greg Forde, Head of Operations with Inland Fisheries Ireland said: “Safeguarding Ireland’s fisheries resources is a round-the-clock job, involving planned day patrols, covert night patrols and intelligence-led surveillance operations. Despite the fact that there was a global pandemic and travel restrictions in place for the public for much of the year, our teams all over the country recorded a higher level of illegal fishing activity last year, compared with 2019.”

To report suspicions of illegal fishing, members of the public are encouraged to call Inland Fisheries Ireland’s confidential hotline number on 1890 34 74 24, which is open 24 hours a day.

Renault starts a new chapter with its adventu...
Categorical win for the All-New Nissan Qashqai in the Towcar of the Year Awards 2022 New to market - Allett introduces Original RFID Protection Nylon wallet