Crann – Trees for Ireland – to the Rescue 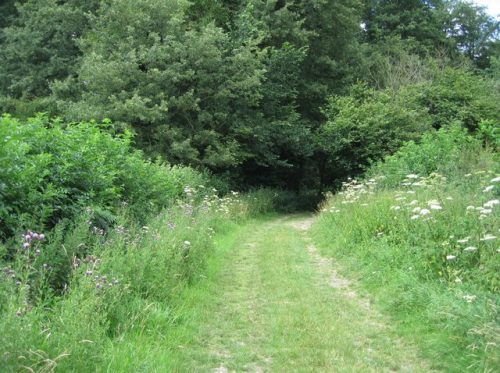 Crann – Trees for Ireland, one of the country’s leading voluntary tree organisations, has interceded in an attempt to halt the destruction of one million trees, including 400,000 oak saplings.  However, the trees which were spoken about in last Saturday’s Irish Times have already reached their shelf life expiry date and will not survive being planted out at this time of the year.

The trees were earmarked for shredding due to the collapse of forestry planting in Ireland in recent years. Teige Ryan of None So Hardy forest nurseries, which owns the trees, has said that the saplings have a limited shelf life. The company is the State’s largest supplier of sapling trees and has bases at Coolattin, Co Wicklow, and near Enniscorthy, Co Wexford.

The chairman of Crann – Trees for Ireland, Mark Wilkinson, said: “It is an environmental outrage that these young trees are being destroyed. We will not stand idly by while this action is forced on one of the country’s most respected suppliers of trees.

“An online consultation with Crann board members took place over the weekend after the news broke about the destruction of these trees. In the interests of biodiversity, Crann – Trees for Ireland advocates ‘the right tree in the right place’ and we endeavoured to rescue the healthy trees for planting in the upcoming season, which starts in November by purchasing the trees to salvage them from composting.”

Owner and Director of None So Hardy, John McCarthy said: “We, None So Hardy, have approximately 1.5 million Oak trees in the ground in preparation for sale for the 20-21 planting season. If things do not improve on this year, we will find ourselves in the same position next year with more surplus trees left over. It is too late to save this year’s trees as the time for planting has passed. However, it is not too late to save next year’s crop which are growing well in the nursery at the moment. This season 2019-2020, we sold approximately 820,000 oak trees which went into various afforestation and native woodland schemes around the country. If this level of planting continues, we again will have a surplus of 5-600,000 plants which will not be needed.”

Crann board member Diarmuid McAree, who made contact with None So Hardy, said: “Based on this prediction the Crann board will commit to buying some of these plants to save them from the same fate as this year’s crop.  In conjunction with None So Hardy, Crann – Trees for Ireland plan to have the trees distributed nationwide through their many proactive community programmes. This will take advantage of the renewed interest in nature and the environment which has become so apparent over the past six months of the Covid-19 pandemic.

“We will channel these trees to all parts of the country via our work with Tidy Towns as well as our tree-planting awareness programme with schools and also through our ambitious and very successful Crann/Easy Treesie Project.”

Two convicted for Possession of Illegally Cau...
Ford raises the roof on Transit Custom campervan Avoid getting all tangled up with your caravan!