Deer culls symptomatic of increased verminisation of our wildlife 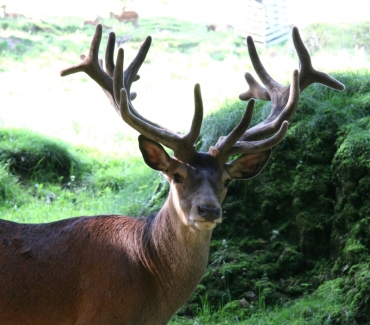 The Irish Wildlife Trust is calling on the government to properly fund wildlife conservation so that our natural heritage can be correctly managed. Increasingly vocal calls for culls of wildlife, from sea gulls to pine martens and deer point to a growing trend in the ‘verminisation’ of the native species with which we share this island. Demands for a cull of deer to control TB in cattle or the recent announcement of a cull of native red deer in Killarney National Park are being based on no scientific evidence and/or a lack of funding to gather the needed data.

The IWT’s Campaign Officer Pádraic Fogarty says “more and more we are seeing culls as a default reaction when even minor conflicts arise between people and other animals. Even stealing someone’s chips is crime enough for some to call for a cull of sea gulls. Casual statements about deer being ‘out of control’ or ‘dramatically increasing in number’ are based on no evidence since deer have never been counted by the National Parks and Wildlife Service due to years of chronic underfunding. Our wildlife is not vermin but rather an essential part of our heritage.”

A recent study of red deer in Ireland found that genetic diversity of the population in Killarney is low, something that is an inherent threat to the survival of the species[1]. The IWT believes that sustainable population management of deer cannot be conducted without accurate baseline data on deer numbers and therefore a census needs to be conducted in the national park before any decisions on population control should be made. The Trust also feel that given the restricted distribution of genuinely native red deer in Ireland, rather than shooting these deer, excess animals should be relocated to parts of Ireland where deer numbers are low, in order to build a strong national herd. This was done in the past, where a new herd was established in Connemara.

The IWT is in favour of the correct, science-based management of wildlife and continues to call for the meaningful funding of conservation bodies. This would be a better way to spend taxpayers money in place of the knee-jerk political response that is now becoming the norm.