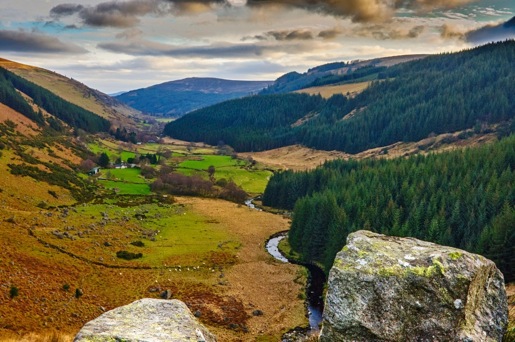 A ‘Drives of Ireland’ survey of Irish drivers has shown that the Wicklow Mountains in Dublin / Wicklow is the favourite drive in the country. The survey which was carried out by Continental Tyres showed the Wicklow Mountains as the number one choice of 26 percent of drivers. The Killarney National Park in Co. Kerry and the Burren in Co. Clare were the second and third most favourite destinations for a drive outing for 22 and 20 percent of drivers respectively.

The survey also found most drivers (24 percent) would prefer to go for a visit to the seaside as part of a drive outing. The next most popular activities were going for a mountain drive (21 percent) and stopping off for a nice lunch (20 percent).

And while 44 percent would let the weather dictate whether they go for a drive or not, a majority of drivers (56 percent) said that Ireland’s changeable climate doesn’t deter them from getting out onto the road.

The ‘Drives of Ireland’ survey was carried out to highlight the launch of The Continental Road Trip guide (ContinentalRoadTrip.com) which is made up of twelve scenic drive routes across areas of outstanding natural beauty in the UK and Ireland and encourages drivers to put their skills to the test.

Featured among the routes are The Wicklow Mountains, Ireland’s largest continuous upland area and once host to the Circuit of Ireland car rally. Also featured is the eerie Dark Hedges drive in Co. Antrim, along with a range of other wonderful drives across England, Wales and Scotland.

Tom Dennigan of Continental Tyres Ireland, says: “With our Continental Road Trip campaign and the guide to the top twelve best drives across Ireland and the UK, we want motorists to recognise the enjoyment of driving.

“It’s great that even though there are factors like car costs, road rage and traffic queues that will affect how much we like to drive, our recent survey has found the majority of Irish motorists enjoy being behind the wheel. At Continental Tyres we want to ensure that people keep the fun in driving, but most importantly stay safe on the road.”

Here is the full list of road trips featured in the Continental Tyres guide: