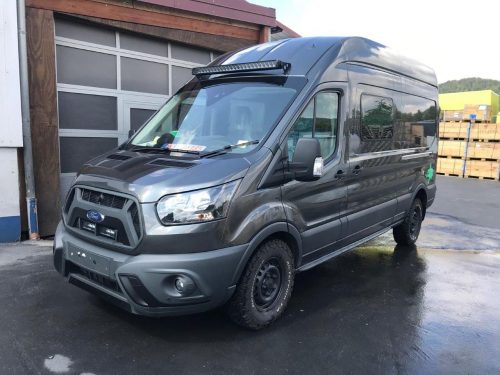 Under build from Wellhouse Leisure is the all-new Ford Giant, based on the Transit 363 L3 H3 4WD model. Featuring off road wheels and bodykit with LED roof lights this does give the van a somewhat “mean look”, according to the developer David Elliot at the Huddersfield based conversion specialist. 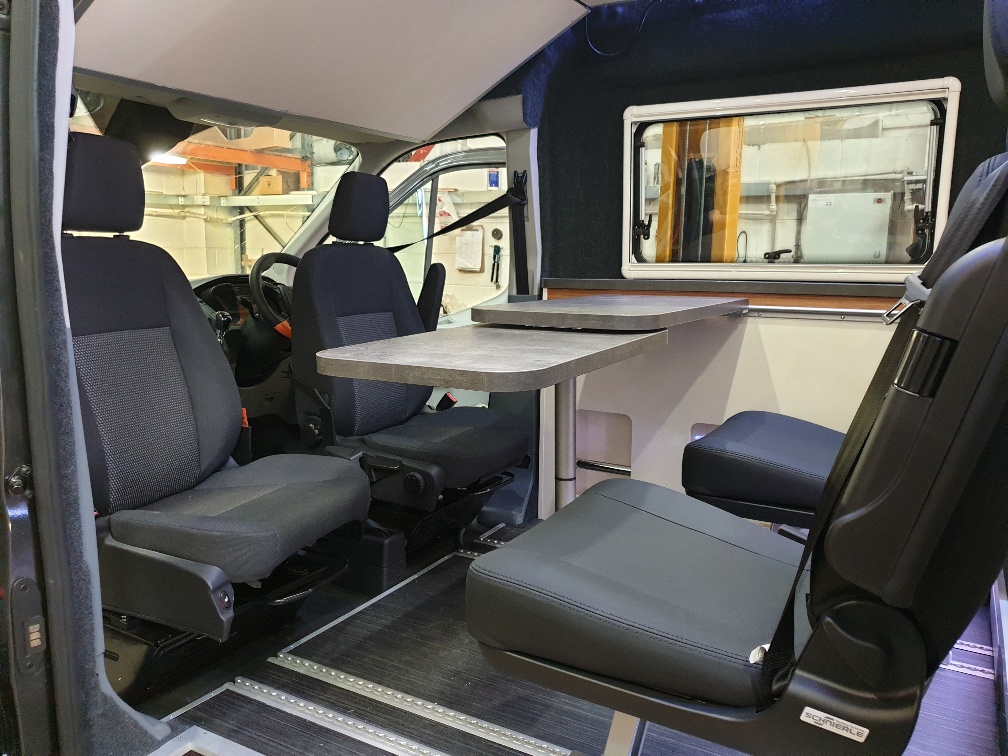 Designed in Germany (at great expense) by a firm that is more accustomed to building the bigger 3-3.5T 6m panel vans, the Wellhouse Ford Giant features a different style to traditional UK vans or that of fixed bed German versions. This has 4 x single seats with a drop down bed above, the rear seats remove and you could get 2 x bikes across the floor, it has raised floor in the rear with water tanks inboard rather than underneath. At the rear it has a toilet & shower compartment and it closes off across the back of the van. On the new shape 363 this will retail at around £60k and mid fifty’s for a 130ps 2WD.

It will be on show at the Motorhome & Caravan Show at the NEC in October. 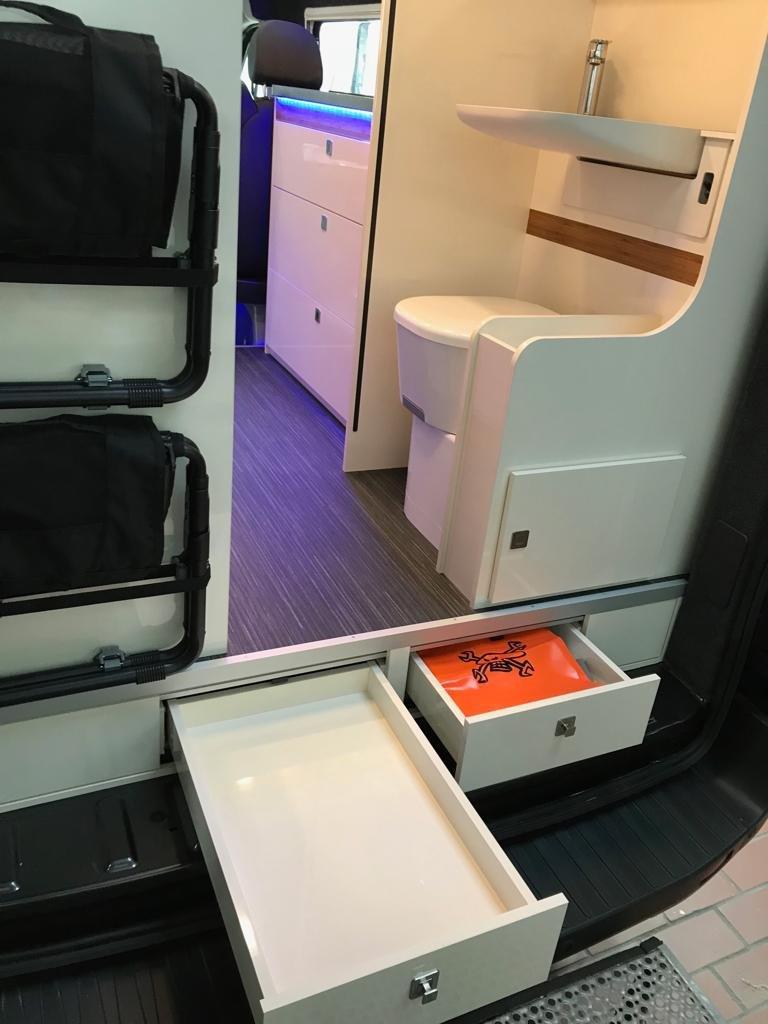 Two convicted for Possession of Illegally Cau...
Atlantic Ocean Youth Ambassadors will be inspired to spark change at Summer School TV star Helen Skelton is set to pitch up at the Motorhome & Caravan Show 2019