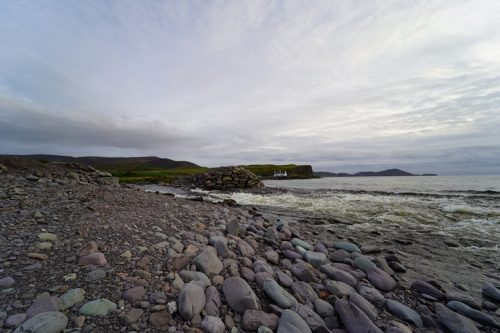 The construction of new wind turbines in EU seas can have severe negative impact on marine life and fisheries, alert MEPs on a report asking for measures to safeguard fishers’ livelihood.

The text stresses that fishers and stakeholders must have a “fair participation” in the decision process related to the construction of offshore windfarms (OWFs) in European waters. This cooperation could help reducing the potential negative impact of wind turbines on fisheries and strengthen the relationship between the sectors involved, MEPs argue.
They highlight that coastal and small-scale fisheries which account for 80 % of all fishing vessels in the EU, can be particularly harmed by the installation of new wind turbines in the sea. Member states should foresee appropriate compensation for fishers whose activity is affected and facilitate access to insurance for vessels operating in or sailing through areas with OWFs.
Cross-border cooperation with the United Kingdom is also crucial, given that more than 85 % of all offshore wind capacity in EU-27 waters is concentrated in the Northern Seas (North Sea, Baltic Sea and North-East Atlantic) and European fishermen will continue to share EU waters with its British counterparts, the report notes.
More research needed
To minimise the risks of the large-scale roll-out of OWFs, Parliament also calls for more research on how to avoid and mitigate its negative effects on the sea basin during construction, operation and decommissioning. Financial arrangements should be in place to cover long-term risks arising from abandoned infrastructure
Member states should ensure that OWFs are placed away from fishing grounds and only built if there’s guarantee of no negative environmental, ecological, socio-economic and socio-cultural impact, in line with the Blue Economy and the European Green Deal.
MEPs add that other renewable energy systems – such as floating wind farms, renewable hydrogen, wind and solar energy – could be more appropriate in some areas where fishing activities take place, highlighting the importance to boost investments on research and development in this regard. The possibility to combine and integrate OWFs within marine protected areas (MPAs) should also be considered.
The resolution was adopted on Wednesday by 512 votes in favour, 21 against and 159 abstentions.
Quote
“Fishermen are the oldest users of the sea and consequently there must be a real cooperation with them if wind farms are built offshore. They earn their living on the water and it is therefore only logical that this sector should be given a decisive voice in the form of an effective participation, more than just a consultation”, stated the rapporteur, Peter van Dalen (EPP, NL).
Context
According to European Commission’s estimate, 30 % of the EU’s electricity demand in 2050 will be met by offshore wind, corresponding to an increase from the current 12 GW offshore wind capacity in the EU-27 to a target of 300 GW in 2050. The European marine space already counts 110 offshore wind farms with more than 5 000 wind turbines. To reach the 2050 offshore wind energy capacity targets it would be necessary 15 times more marine space than what is used now with the current capacity.
Speaking to EuroParlRadio MEP Colm Markey (EPP, IE) said that fthe jury is still out on the overall impact of windfarms. While the ability to fish is impacted by the siting of windfarms, windfarm developments need support services, which can help sustain ports and local communities. He argues that a certain amount of windfarm profits should be reinvested in local fishing communities. He added that fishing communities should be consulted about future [windfarm] proposals. Click on the following link to download the full audio clip
https://we.tl/t-i4nvDicghb

Experts warn how van conversions can VOID you...
OGIO has teamed up with acclaimed artist Kevin Lyons to add a touch of street art fun to its latest collaboration Fiat Professional reveals the major new features of the Ducato 2021