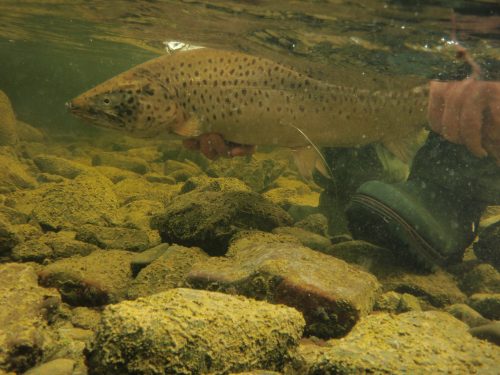 Inland Fisheries Ireland has confirmed that a public consultation on the long-term management of the Great Western Lakes gets underway and is urging the public, especially the angling community and anyone who uses the lakes, or lives near them, to make a submission.

Inland Fisheries Ireland is the state agency responsible for the protection, conservation and management of the inland fisheries resource and it has developed a draft plan for the long-term management of seven lakes.

Covering Lough Corrib, Lough Mask and Lough Carra (in Galway), Lough Conn and Lough Cullin (in Mayo), Lough Arrow (in Sligo and Roscommon) and Lough Sheelin (in Cavan, Meath and Westmeath), the draft plan aims to address some of the many factors that impact on the ecological wellbeing and status of native fish stocks.

The lakes have long-been designated, as a matter of policy, to be managed primarily as wild brown trout waters. Therefore, the proposed management programmes for these lakes, as set out in the draft plan, will protect, conserve and, where possible, enhance the lakes’ natural attributes and native biodiversity. In turn, this would optimise the lakes’ potential as sustainable wild brown trout fisheries and, in some cases, Atlantic salmon fisheries. Other species such as eels, Artic char and Ferox trout are also reflected in the draft plan.

Launching the six-week public consultation process, Suzanne Campion, Head of Business Development with Inland Fisheries Ireland urged the public to participate by reading the draft plan and making a submission. She said: “It’s clear to see that all seven lakes share a series of pressures which are impacting on their ecosystem stability and native fish stocks. These include declining water quality, fisheries habitat loss, invasive species and the detrimental effects of climate change. These issues will be tackled through the various measures proposed in this draft plan. That is why the public consultation process is such an incredibly important step, as it gives the public the perfect opportunity to have their say.”

The draft plan is available from the Inland Fisheries Ireland website at www.fisheriesireland.ie/westernlakesplan or by visiting Inland Fisheries Ireland’s offices in Galway, Ballina or Limerick. The deadline for making a submission is 5pm on Tuesday, September 20th and those wishing to make a submission are being encouraged to use the online questionnaire which will guide them through the headings of the plan. Unfortunately, any submissions received after the deadline has passed cannot be considered.

During the consultation period, a series of open evenings will take place where members of the public can discuss, seek clarification and ask questions on the draft plan with Inland Fisheries Ireland representatives.

Campion added: “We are urging anyone with an interest in the Great Western Lakes, especially anglers, other users of the lakes or those that live nearby, to read the draft plan and have their say by making a written submission online before the September 20th deadline.”

The Ocean Race & TIME in a race to give the o...
MORELO at CARAVAN SALON 2022 Bailey of Bristol appoints Steve Bruce as its new Operations Director