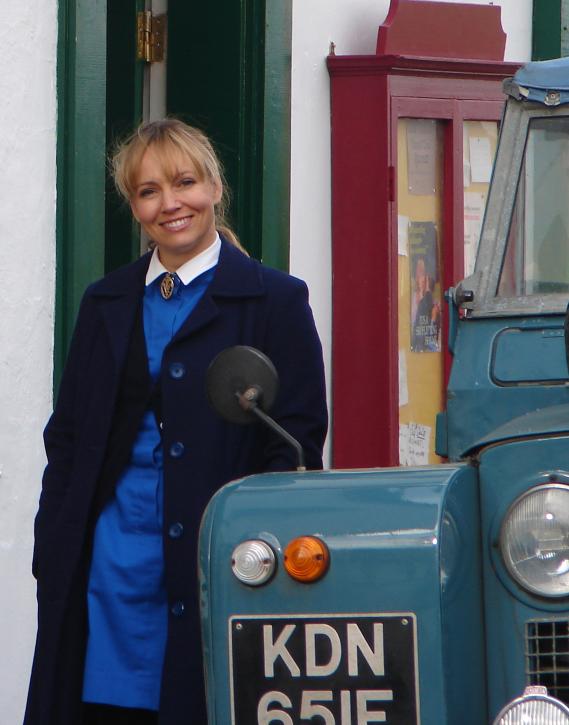 The 1967 Series IIA Land Rover, which took a starring role in ITV’s popular police drama, Heartbeat, is the latest exhibit to arrive in Beaulieu’s On Screen Cars display.

The Heartbeat title refers to an English bobby ‘on the beat’ in the 1960s, the medical stories that are woven into each episode and the way each programme puts a finger on the pulse of the rural Yorkshire community of Aidensfield.

The Land Rover was driven by district nurse Carol Cassidy, played by Lisa Kay, in 69 episodes between 2006 and 2010. It still has its original 1967 issued registration and, amazingly, shows very few signs of wear. As well as its starring role, the vehicle was used as a camera car and for towing a trailer full of props and filming equipment around the set, keeping the Land Rover working spirit very much alive!

The Land Rover, which has been loaned to Beaulieu following a call-out for new vehicles for the exhibition, joins a host of other star vehicles.

The ‘flying’ Ford Anglia on display was used during the making of Harry Potter and the Chamber of Secrets. In the film, the enchanted flying car is stolen a number of times by Ron Weasley, on one occasion to rescue his friend Harry Potter from the Dursleys’ house, and on another to return to Hogwarts after the gate to Platform 9¾ is sealed by house elf Dobby.

Sharing the spotlight with the Anglia is TV favourite, Mr Bean’s lime green mini. This particular car was used in the character’s third series and made its first television appearance on 1st January 1991.

Another TV favourite on display is Del Boy’s beloved Trotter Van. Possibly the nation’s most famous three-wheel vehicle, this Regal van (often mistakenly referred to as a Robin) featured in the BBC sitcom Only Fools and Horses. It was the sole transport for the Trotter family of Del, Rodney, Grandad and Uncle Albert, until Del Boy later went ‘upmarket’ and purchased a Capri Ghia.

On Screen Cars can be seen as part of a visit to the whole Beaulieu attraction, which also includes the National Motor Museum, World of Top Gear, Beaulieu Abbey, and Palace House and gardens. Visit www.beaulieu.co.uk for further information.

Experts warn how van conversions can VOID you...
Vantastival 2014 is ON! Celebrate International Dawn Chorus Day at Powerscourt Gardens