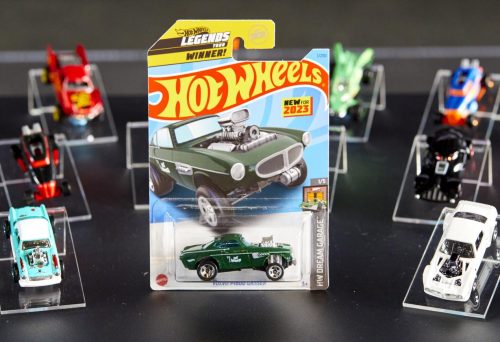 Mattel has debuted the official Hot Wheels 1:64-scale die-cast of the 2021 Hot Wheels Legends Tour winning 1969 Volvo P1800 Gasser built by Lee Johnstone of the United Kingdom. The first international Tour winner, Johnstone and his daughter, Victoria Upham, attended a global unveiling ceremony in New York City, where their family’s passion project was officially inducted into the Hot Wheels Garage of Legends, a collection of the brand’s most iconic and celebrated designs existing both in 1:64th and life-sized scale.

A 71-year-old motor mechanic, Johnstone restored and modified his 1969 Volvo to become a real-life track star, which he races with his wife and three daughters. A winner on and off the track, the P1800 Gasser emerged victorious from a historic 25-stop international Tour spanning five continents, joining previous champions including the inaugural 2018-winning 2JetZ, 2019-winning THE NASH and 2020-winning 1970 Pontiac Firebird, as the next permanent fixture in Hot Wheels history. 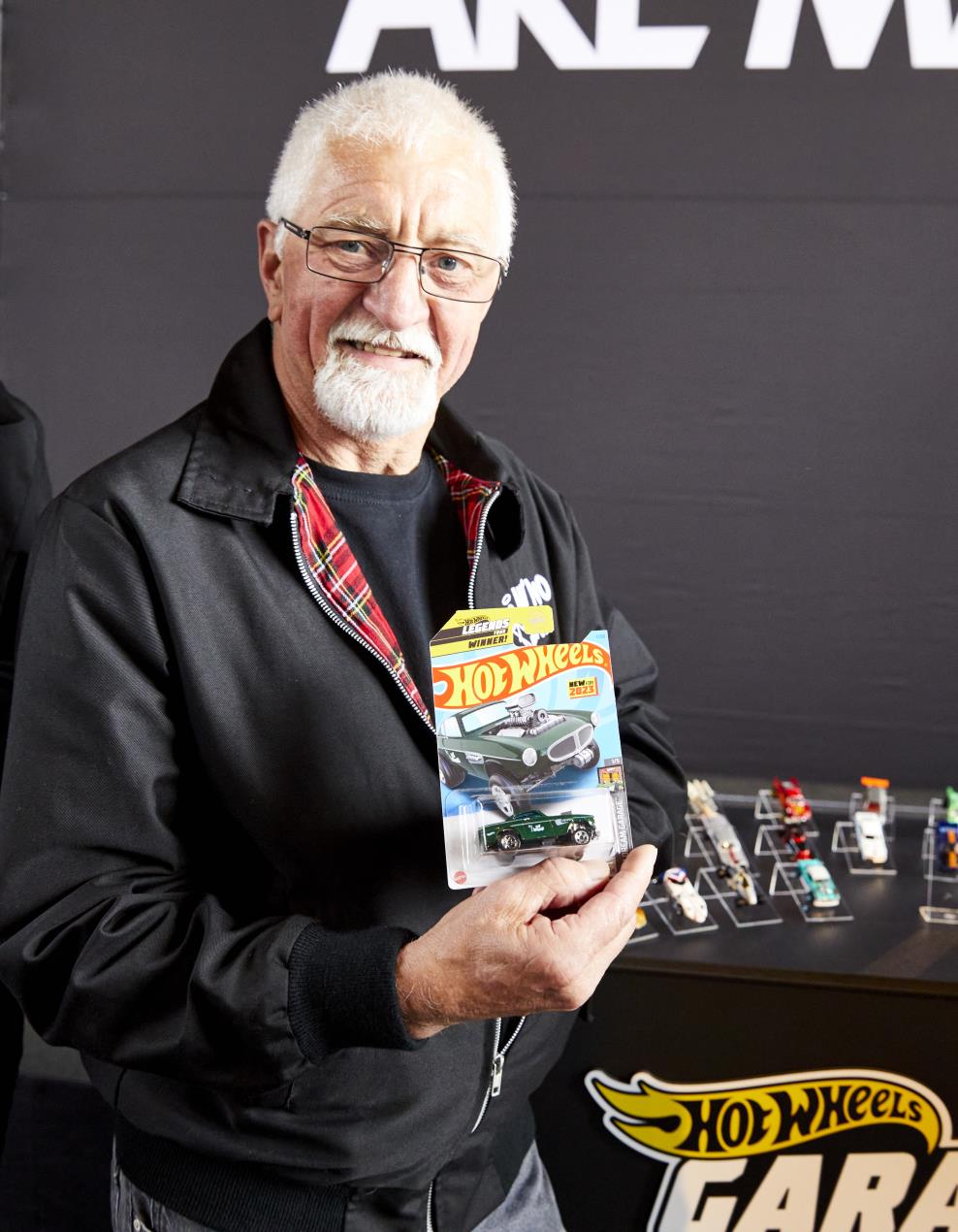 The announcement was made by Ted Wu, Vice President and Global Head of Design for Vehicles at Mattel, at the legendary Classic Car Club Manhattan prior to the start of the historic fifth annual Hot Wheels Legends Tour presented by Mobil 1. The epic space was reimagined to showcase dozens of examples of how Hot Wheels has influenced culture, ranging from high fashion to NFTs. The 2022 Tour kicks off with virtual livestreams in New Zealand and Australia on April 14 and April 21, respectively, followed by the first North American live event in Miami, FL on April 30. The UK leg of the competition will run from June to October, with entry details to be announced in the coming weeks.

“The Legends Tour began in 2018 as a way to celebrate and engage the car builder community around the world,” said Wu. “Lee Johnstone’s 1969 Volvo P1800 proved to be a truly awe-inspiring Gasser interpretation that captivated the entire Hot Wheels team. As the first international Legends Tour winner, we can’t wait to share his dream with Hot Wheels fans in more than 150 countries around the world.” 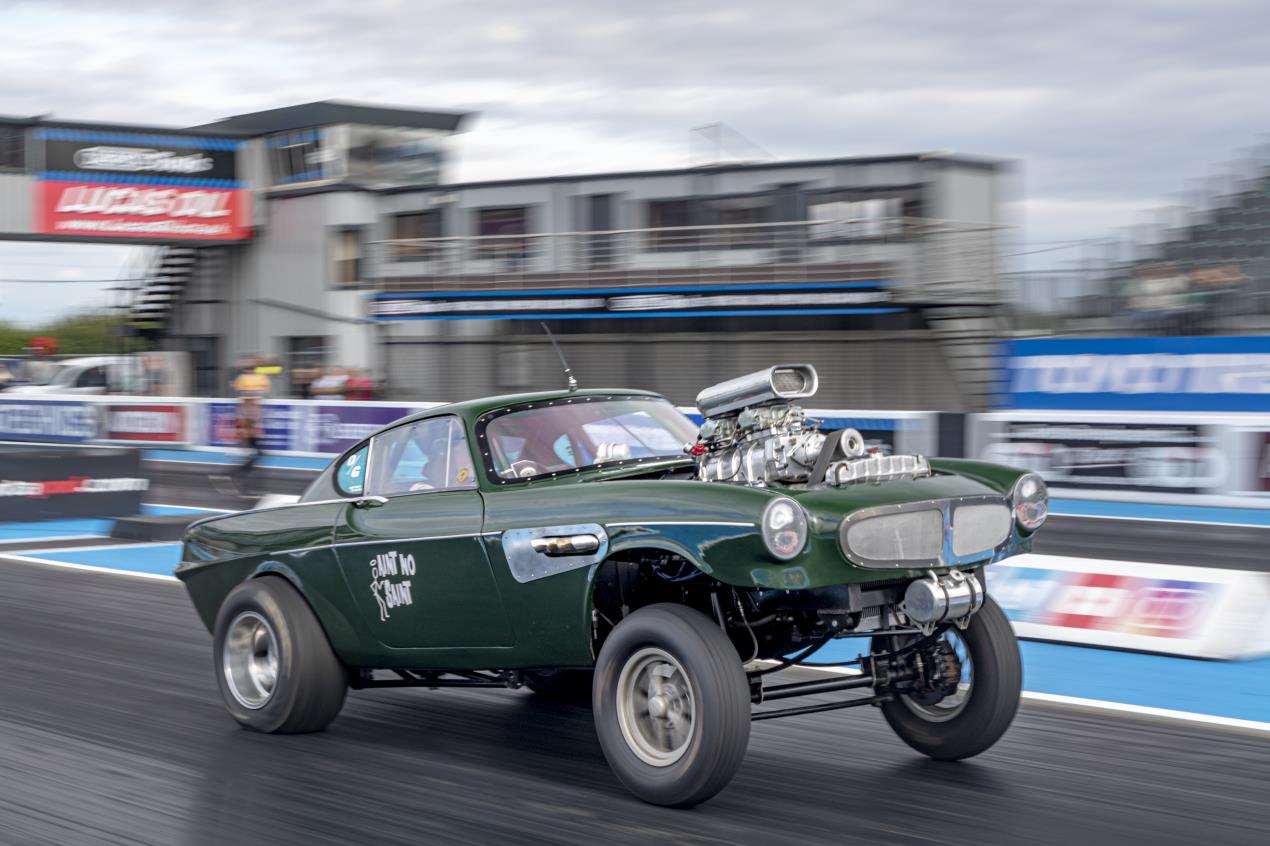 Hot Wheels is an automotive legend, and for generations, every auto enthusiast’s love for cars has begun with Hot Wheels. Since the casting of the brand’s Original 16 vehicles in 1968, Hot Wheels has continued to define itself by creating some of the most iconic cars in the world, both influencing and being influenced by car culture. Beyond the automotive world, Hot Wheels has expanded into pop culture through segments such as gaming, fashion, luxury and film, but always remaining true to its car culture heritage. Hot Wheels has established itself as an iconic automotive-lifestyle brand, and is now also a major player in the global custom car builder community.

More than 54 years after Hot Wheels launched its original vehicles, the process of transforming life-sized cars into 1:64-scale has changed dramatically while the focus on design continues to be at the forefront. Beginning with CAD (Computer Aided Design) scanning, the Hot Wheels team is able to digitalise every aspect of the 1969 Volvo P1800, before additional rounds of 3D modeling and sample printing help designers determine the 1:64-scale vehicle’s final shape. Once approved, the final design must also undergo a rigorous series of Hot Wheels track tests to ensure it performs as good as it looks.