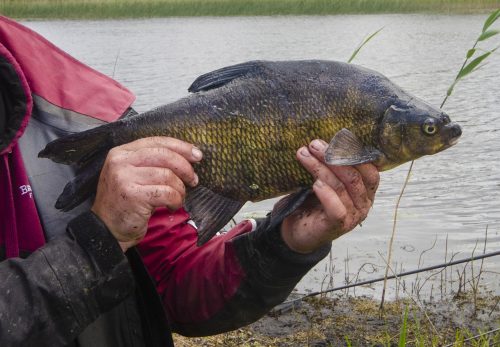 July and August are typically the busiest months of the year for angling, so Inland Fisheries Ireland is issuing a timely reminder about the national regulations that are in place to protect pike and coarse fish.

Angling is a hugely popular leisure activity and sport in Ireland, with over 325,000 adults* enjoying it. According to an Amárach Research omnibus survey in 2021**, 18% of adults who have not tried angling before are “likely” to try it in the future.

Inland Fisheries Ireland is the state agency with responsibility for the promotion of angling, as well as the protection, conservation and management of inland fisheries and sea angling resources.

“Historically, Ireland has been known for its salmon and trout fishing, but the country is also being hailed internationally for its pike and coarse fishing. However, the national regulations around pike and coarse fishing might not be as well known,” according to Suzanne Campion, Inland Fisheries Ireland’s Head of Business Development.

She said: “There are conservation measures in place to protect pike and coarse fish under national byelaws.  It is very important that every angler, including first-time anglers and experienced anglers, becomes familiar with these pieces of legislation to avoid any potential fines or prosecutions.”

Pike are one of largest freshwater fish species in Ireland and can reach over 15 kilograms (33lbs) in weight, while coarse fish include species such as roach, bream, rudd, tench and perch.

Under the national Pike Bye Law (no. 809/2006), there’s a ‘bag limit’ of one pike in any one day. This means that an angler can only keep and take away one pike and must carefully return any other pike caught to the same waterbody, safely. The same bye law also prohibits the killing of any pike that measure longer than 50 centimetres. In these cases, the pike must be returned, safely, to the same waterbody.

Under the Coarse Fish Bye Law (no. 806/2006), there’s a bag limit of four coarse fish in any one day, meaning that if an angler catches more than four course fish, those must be returned, safely, to the same waterbody. In addition, any coarse fish that measure longer than 25 centimetres cannot be killed.

Meanwhile, there are other regulations that apply to all anglers, regardless of what type of species they are fishing for. For example: it is illegal to fish in Ireland with more than two rods; it is illegal to transfer live roach from one waterbody to another and finally, the use of live bait when angling is prohibited.  Breaches of fisheries legislation could result in fixed penalty fines, seizure of fishing equipment or criminal prosecutions.

‘Catch and release’ is a conservation practice that is supported by Inland Fisheries Ireland, whereby a fish is handled responsibly and put back into the same waterbody, safely. When fishing for coarse fish, the use of large keepnets is encouraged; it is also recommended that pike and carp sacks are used to weigh the fish, before returning them safely to the same waterbody.

Campion added: “For anyone interested in angling or trying it out, there is an extensive network of very active clubs, associations and federations all over the country that organise coaching, events and competitions. There’s also a dedicated website for angling in Ireland at www.fishinginireland.info with very helpful information about regulations and bye laws, directories and resources.”

The Pike Bye Law No. 809 (2006) provides for the following conservation measures:

· prohibits the possession by any person of more than 1 whole pike less than 50 cm or more than 0.75 kg of pike flesh, this provision does not apply to a person storing pike or pike parts subject to conditions

· prohibits the possession by any person of more than 12 coarse fish for use as bait subject to conditions.

There is no prohibition on the number of frozen sea baits a pike angler can have for the day’s sport.

The Coarse Fish Bye Law No. 806 of the year 2006 provides for the following conservation measures · a bag limit of 4 coarse fish in any one day

In addition, these other regulations are in place:

1. It is illegal to fish with more than two rods

2. It is illegal to transfer live Roach from one water to another

3. The use of live bait is prohibited

Inland Fisheries Ireland runs the fishinginireland.info website, a comprehensive angling information resource which includes details of 1000s of angling venues all around Ireland. Visitors to the site can search for guides, ghillies, instructors, charter fishing boats, tackle shops and small boat hire on a county-by-county basis or by using interactive maps. Angling reports are posted daily and anglers can sign up for a free weekly ezine, called the Irish Angling Update.