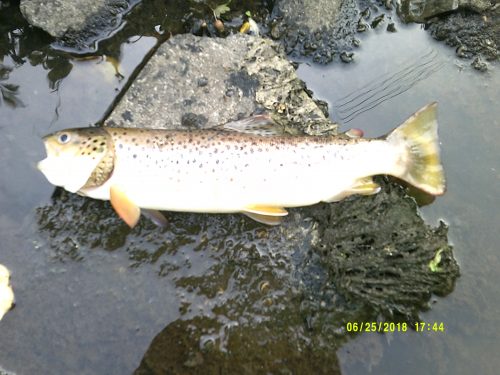 Inland Fisheries Ireland has prosecuted Irish Water for two separate pollution incidents which occurred in Cavan last summer. On Thursday, 6th of June, Judge McLoughlin twice convicted Irish Water at Cavan District Court under the Fisheries (Consolidation) Act 1959 for allowing harmful substances to enter the water on two occasions in June last year. Over 600 fish were killed as a result of one pollution incident while an important habitat for spawning and young fish was damaged as a result of the other.

The court heard evidence from Fisheries Inspector Cormac Goulding that on the 19th of June 2018, staff from Inland Fisheries Ireland noticed that the river downstream of the Ballinagh Treatment Plant in Cavan was in very poor condition. The water was cloudy and the river was covered in sewage fungus and algal growth. Following an investigation, it was discovered that untreated sewage was being discharged from the water treatment plant and at the pumping station further downstream.

Irish Water issued a report to Inland Fisheries Ireland in response to the prosecution which revealed that their computerised monitoring system had been offline for six days which meant that no alerts had been received about the problem. The effluent was being discharged into aquatic habitat suitable for spawning or young trout. Judge McLoughlin fined Irish Water €3,000 and total costs of €4,679 were awarded to Inland Fisheries Ireland.

A separate pollution incident occurred a few days later on the 25th of June 2018 in Cavan Town River. Judge McLoughlin heard evidence from Ailish Keane, Senior Environmental Fisheries Officer at Inland Fisheries Ireland, about how the pollution incident resulted in the death of hundreds of fish including 687 native brown trout. An investigation found that the fish kill was caused by the release of sewage effluent into the river from an overflow culvert located under Farnham Street Bridge. Irish Water were again convicted and fined €4,000 plus costs of €4346.

Milton Matthews, Director of the North Western River Basin District at Inland Fisheries Ireland said: “In both cases in Cavan, harmful material was discharged into local rivers and in Cavan town this resulted in a large kill of over 600 native brown trout, of all age classes. As it can take years for a waterbody to recover to its former condition following pollution incidents, it is crucial that robust management systems are in place to prevent avoidable incidents which can have a serious impact on our wild fish and their natural habitat.

The restoration of the aquatic habitat and the maintenance of water quality is vital if we are to enable wild fish populations to recover naturally. We are working to protect, conserve and develop our natural fisheries resource which is of significant recreational and economic value to communities in Cavan and across the country.”