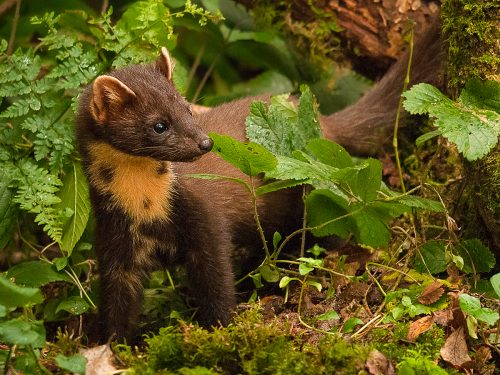 The Irish Wildlife Trust (IWT) strongly welcomes Coillte’s announcement that a new division of the company is to be devoted to biodiversity and non-commercial objectives.

This is a very significant step towards creating large areas of woodland which are permanently devoted to wildlife and recreation – something which Ireland is solely lacking. Currently only about 1% of our land is covered in native woodland, one of the lowest in the world. Coillte manages a significant estate including plantations dating to the 1950s and 60s, many of which were inappropriately located in environmentally sensitive areas, and which subsequently failed to be profitable. The IWT hopes that in time all of these plantations will be converted to wildlife-rich habitat which can help to restore species populations and water quality. We are particularly pleased that plantations in the Dublin Mountains are to be among the first locations for this conversion. If done correctly, this promises to transform the amenity and wildlife potential of these areas and will be a stunning addition to the city.
IWT campaign officer Pádraic Fogarty says: “This is a great announcement. We really need big public landowners like Coillte and Bord na Mona to play their part in addressing our biodiversity and climate emergency by transforming their operations towards land restoration and habitat creation. In time we’d like to see large areas of their estate solely devoted to nature conservation while areas for commercial production need to be managed under more nature-friendly methods such as ‘continuous cover forestry’. We also need to see an urgent reversal of the government’s forestry drive on private land which is resulting in social and environmental degradation. New forests should be focussed entirely on native species with a non-commercial objective – particularly across uplands and river corridors. This will bring maximum benefit to wildlife, water, carbon storage and local people.”
The IWT is keen to see action on the ground. We are also calling on Coillte to ensure that their plans are transparent and actively involve local people so that we can foster a new sense of ownership for this new generation of woodlands.