JR’s Airstream goes under the hammer 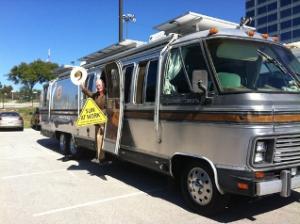 Larry Hagman’s Airstream will be among the Hollywood props and costumes to be auctioned off in California this weekend. JR’s state-of-the-art, solar-panelled Airstream motorhome (and dressing room during his Dallas days) will undoubtedly be one of the highlights when more than 1,000 items go under the hammer in a Premiere Props auction on Saturday (September 28).

If you fancy picking up the Airstream – or one of a number of other personal items owned by the late actor – you won’t necessarily need to head along to El Segundo, California to bid in person either. Bids will also be accepted via phone or online.