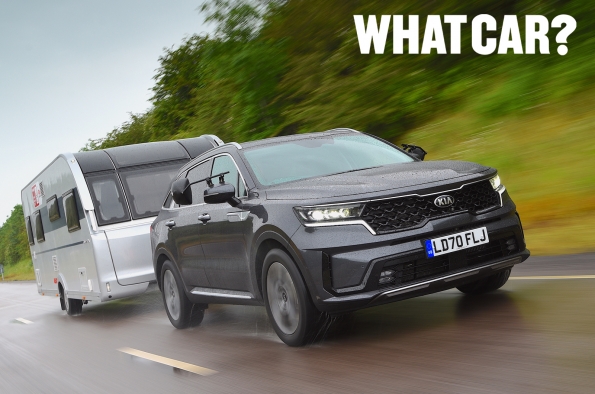 The Kia Sorento 2.2 CRDi has been named the best car for towing in 2021 at the annual What Car? Tow Car Awards, held in partnership with The Camping and Caravanning Club and supported by Adria.

What Car?, and the towing experts at The Camping and Caravanning Club gave the Sorento SUV the overall win due to its huge breadth of abilities.

What Car? editor Steve Huntingford said: “If you picture a Venn diagram with circles representing stability, performance, practicality and value, right in the middle, at the point where those circles overlap, sits the Sorento.

“It’s a reassuring car to tow with, pulling a big tourer with composure. And the Sorento can handle whatever it’s faced with because it has powerful brakes, the stability to cope with a sudden lane change, and four-wheel drive to help you make the most of its performance whatever the weather.”

“The Sorento also has room for adults in all seven of its seats, and air vents for all three rows, while the many USB ports throughout its interior show that Kia understands how modern families keep themselves entertained on long journeys.”

The Camping and Caravanning Club’s Ian Hewlett, a tester judge on the programme, added: “Our panel of experts were really impressed by the towing credentials of this year’s entrants. It’s vital that motorists match the right car with their caravan, and our awards programme gives drivers excellent insight into the performance of the latest vehicles on the market.”

What Car? and The Camping and Caravanning Club have been collaborating on the Tow Car Awards since 2007.

Before deciding on the overall winner in 2021, the judges handed out awards to cars in six different towing weight classes, ranging from up to 1400kg, to more than 1900kg, with the heaviest weight class further divided into two price points to recognise both mainstream models and luxury SUVs.

In addition, the Ford Ranger was named best pick-up truck for towing and the Polestar 2 best electric car.

There’s no doubt that electrification has been the biggest motoring trend of recent years, and that’s reflected in the record numbers of hybrids and fully electric cars among the 40 models that were assessed in 2021.

Testing was undertaken by matching eligible cars to caravans weighted to 85% of the car’s kerb weight or its legal towing limit, depending on which was lower. They were then ballasted to simulate driving with passengers and luggage.

What Car?’s expert road testers were responsible for the most highly-skilled manoeuvres, designed to show which cars will stay under control in an emergency. Meanwhile, drivers from The Camping and Caravanning Club assessed high-speed stability, carried out a hill start on a 1-in-6 slope, looked for towing-friendly features – such as a trailer stability system – and confirmed whether the puncture repair provision was suitable for use while towing. 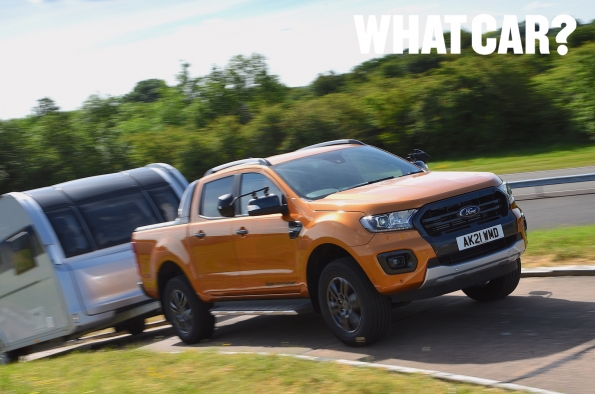