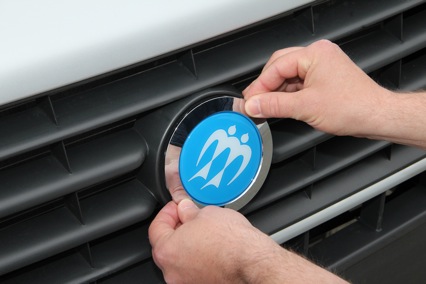 – Promising start into 2014; Wilk caravan brand will be closed with the model change in summer

Knaus Tabbert GmbH, one of Europe’s leading manufacturers of motorhomes and caravans in Europe with plants in Jandelsbrunn, Mottgers, Obermeitingen in and Nagyoroszi in Hungary, sees itself on a continuing promising course. Despite a constant slight decrease of the total market for recreational vehicles in Europe the group compared to the previous year improved its operating result with a turnover of Euro 274 million and approx. 12,100 produced vehicles in business year 2013. With an economic equity ratio of 36 per cent (+11 percentage points over the previous year) Knaus Tabbert is on a solid economic base. The business year of Knaus Tabbert GmbH corresponds with the calendar year.

“The course of the past year gives us on the basis of the results the confirmation, that the new Knaus Tabbert approach in 2013 is really promising and gives us all more security and a good prospect for the future”, says Wolfgang Speck, chairman of the Knaus Tabbert GmbH management. “And yet we are fully aware that there is no cause for euphoria in the face of stagnating markets in Europe in the coming years.”

In addition to the successfully closed business year 2013 the start into the new year also gives good reason to be pleased. “After the 2014 trade fair in Stuttgart already had been celebrated as the best CMT for Knaus Tabbert since 2009, we were pleased to register a further volume increase of about 13 per cent in the first four months of the year 2014“, comments Gerd Adamietzki, managing director sales, and thus also responsible for product and brand management, on the positive start into the year 2014. Knaus Tabbert GmbH also feels this positive trend in the number of orders received. An interim result after the first four months: “Compared to the plan we received about 850 orders more than expected”, summarizes Gerd Adamietzki.

The positive development of the liquidity situation must be especially emphasised. The Company has fully repaid almost all bank loans in just 15 months and is free of debt in short-term bank debt today. It is remarkable that this could be achieved in spite of extraordinarily high investments of almost Euro 10 million in product development and production sites over the last twelve months.

The remarkable positive cash flow was essentially influenced by an optimisation of stocks, especially of finished goods. “While at the end of January 2013 the stock lists still showed a total of 1,648 vehicles, our balance sheet at the end of April 2014 only showed  265 freely available vehicles on stock“, says Werner Vaterl, who is the new managing director of technology and thus heading the development and production at the Knaus Tabbert group.

For the new season Knaus Tabbert GmbH furthermore announces that the Wilk caravan brand will be closed in summer 2014. “We’ve made this decision as difficult as possible for us, and we had countless and highly emotional discussions about the pros and cons”, says Wolfgang Speck commenting this step. In the end the decisive fact was that existing resources and competences can be invested more efficiently and reasonably in the other growing brands of the Knaus Tabbert group (KNAUS, TABBERT, T@B, WEINSBERG). “Nothing will change with respect to service and warranty“, says Wolfgang Speck. WILK customers will still be supplied with spare parts through their respective WILK trading partner or through the trade network of the Knaus Tabbert group. The same applies to the tightness warranty that also remains fully effective, provided that the customer properly and regularly has performed all the required  inspections by an authorised Knaus Tabbert dealer.

Currently the Knaus Tabbert GmbH has about 1,200 employees at its four plants, approx. 640 alone in Jandelsbrunn and 275 in Mottgers.