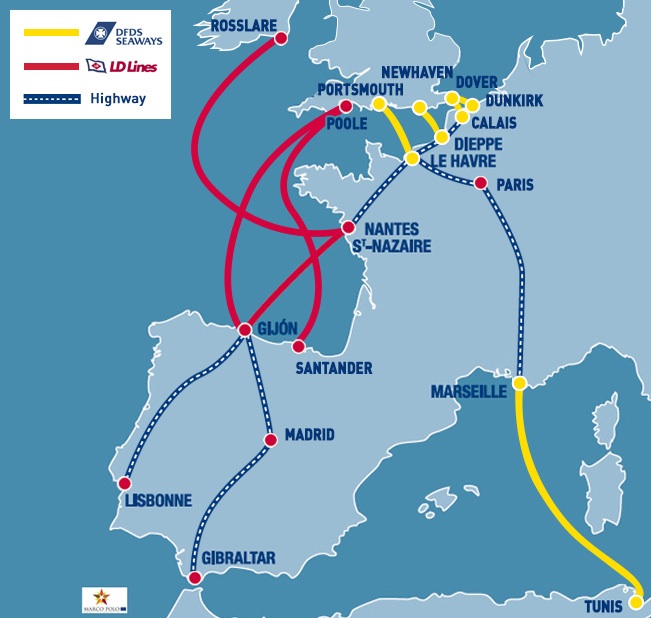 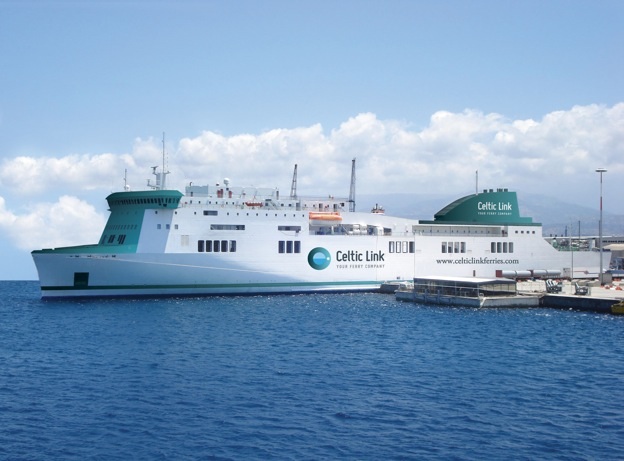 A new passenger and freight ferry service between Rosslare Europort in Ireland, the France West coast port of St.Nazaire and the Northern Spanish port of Gijón, was successfully launched during the first week of January 2014.

LD Lines’ new service is the first-ever ferry link between Ireland, Western France and Northern Spain. For both tourist and freight markets, the link to Gijón makes destinations in Spain and Portugal easier than ever to drive to and generally provide quicker access to and from the Continental mainland.

The service will also be calling at the France West coast port of St.Nazaire which is ideally located for popular French holiday locations such as Brittany, La Baule, La Rochelle and Bordeaux. St.Nazaire also provides easy accessibility for freight traffic between mainland Europe and Ireland.

The new ferry link from Spain – France West coast to Ireland also presents extensive inbound tourism potential in addition to appealing to the haulage industry. A special arrangement/service for Motorhome owners will be announced shorty.

LD Lines’ new network of ferry services is operated by two sister ships Norman Asturias and newly named Norman Atlantic. The modern Ro Ro and passenger vessels, built in 2008/2009 by the Visentini Italian shipyard, each have capacity for up to 500 passengers, 200 cars and 110 freight vehicles or 150 trailers. On board facilities include 120 cabins, bar, restaurant, shop and a full range of passenger entertainment is being developed and introduced in the months ahead.

Step into the world of the 2021 model Wellhou...
The Great MINI Escape - Campervan Style! Caravan and Motorhome Award Winners 2014