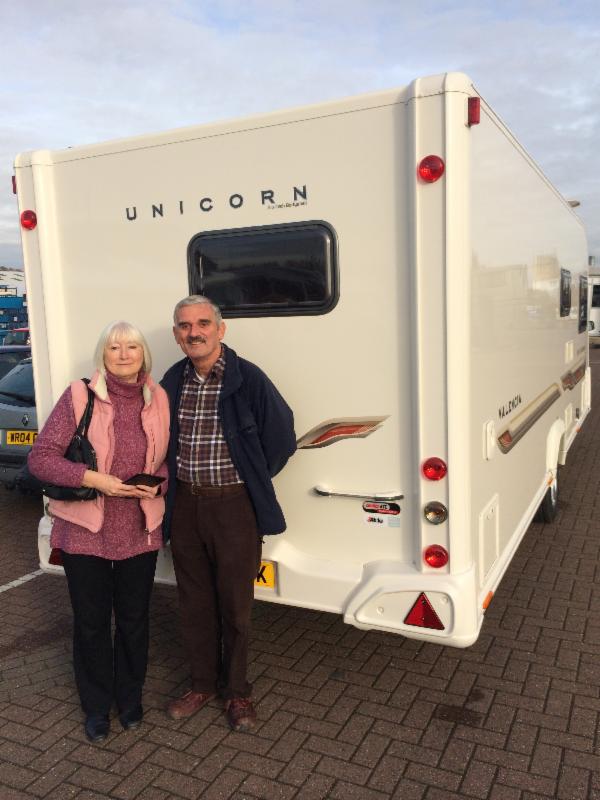 * Real-life evidence of the strength of Bailey’s Alu-Tech construction system
* Owner thanks Bailey Alu-Tech after motorway incident, says strength of his caravan could have saved lives
* Easy repair to Alu-Tech bodyshell results in lower insurance claim
* 25,000+ Bailey Alu-Tech leisure vehicles now in use

Since Bailey of Bristol introduced its ground-breaking Alu-Tech construction system five years ago, over 25,000 units have been manufactured using this patented design and are now in use throughout the UK and as far afield as Australia and New Zealand.

Unfortunately, one of these customers recently experienced a dangerous motorway incident that demonstrated just how much stronger his Bailey caravan was as a result of the Alu-Tech system.

While travelling on the M3 motorway last September, an eight foot metal beam from a passing lorry slammed across the rear of Mr and Mrs Bryan’s Bailey Unicorn Valencia. The beam was a stabilising arm from a flat-bed lorry that had come undone and swung out right across the inside lane, hitting the caravan with its full weight.

The force of the impact shunted the car and caravan forward, and after pulling over to the hard shoulder, Mr and Mrs Bryan got out expecting to see their caravan wrecked.

Thankfully, although shocked, Mr and Mrs Bryan were not hurt, and much to their surprise, the damage to the caravan was relatively superficial with only the rear mouldings and lights smashed. The caravan’s bodyshell was still completely intact.

Unlike conventionally-built caravans, the bodyshell of Alu-Tech vehicles consists solely of fully laminated sandwich construction panels which are bonded to a structural aluminium framework and then locked together using internal T-bolt fixings. The result is a shell of uncompromising strength and durability which will provide owners with the ultimate in protection whatever the eventuality.

“We were amazed there wasn’t more damage to the caravan and have to say a huge thank you to everyone at Bailey for building such a strong caravan which possibly saved our lives,” said Mr Bryan.

“The Highways Agency Officers said they have seen lots of accidents where there isn’t much of the caravan left, and would normally have expected the stabilising leg to slice right through it.  They were surprised we were able to walk away completely unscathed,” he continued.

Nick Howard, Managing Director of Bailey of Bristol said: “We were very happy to hear Mr and Mrs Bryan were not hurt and that their caravan survived the accident so well.  We designed the Alu-Tech system to make our caravans and motorhomes stronger, better insulated, safer to tow and more resistant to the elements, but this extreme test really proves just how robust they can be.”

As the damage to the caravan was purely cosmetic the insurance claim was substantially less than it might have been.  The repairs were carried out at the Bailey factory in Bristol, and when Mr and Mrs Bryan collected their caravan, they were treated to a tour of the plant to see for themselves how their Alu-Tech caravan was made.